By Celi-Yak News Recipes
Member since 2014 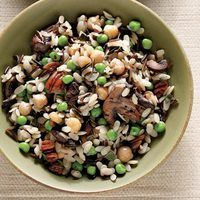 In a medium saucepan bring broth to a boil with the bay leaf and pepper.

In a large, heavy-bottomed skillet dry toast the buckwheat over medium-low heat. Keep stirring and moving them around for a few minutes and turn a nut-brown.

Add the buckwheat to the broth, cover, and keep over the low heat until just tender, about ten minutes.\

Heat the olive oil in the skillet and saute the onion until golden, about eight minutes.

Add the mushrooms and stir to heat and coat.

Remove from heat in about a minute.

When the buckwheat is tender, turn it onto a large plate and gently fluff the grains with a fork to separate them and remove some excess moisture. Fold in the mushroom and onion, and season with salt to taste.