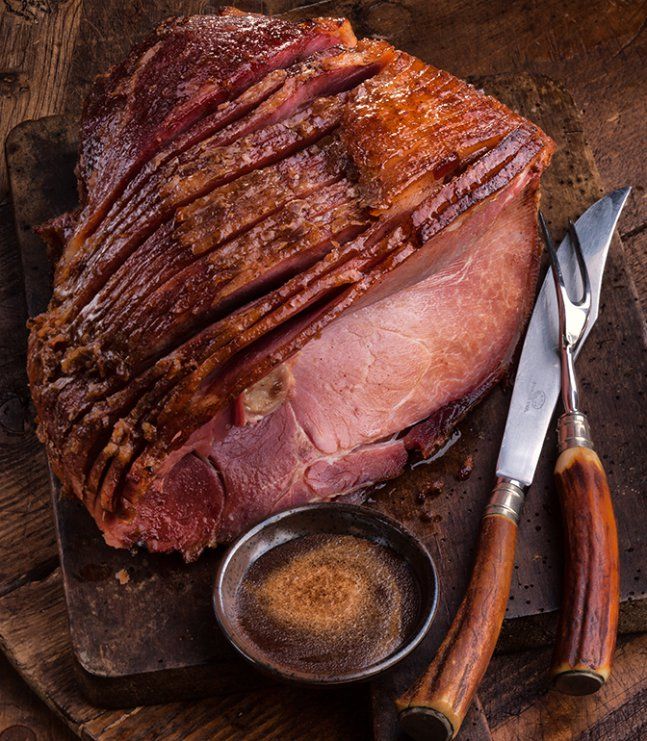 Coconut butter may not be on the top of your ingredient list when you think about grilling, but maybe it should be. Especially when it’s used to glaze the most amazing grilled bone-in ham. Yes, we said grilled and bone-in ham in the same sentence. Like its holiday-meal cousin the whole turkey, bone-in ham is inexpensive, versatile and available all year long. Ham is everyone’s favorite for picnics and sandwich dinners, but who wants to roast a ham in the oven for hours when the temperature outside is reaching levels to rival the sun’s surface? With a little grill mastery you can cook an entire ham outside. The trick is to create a cool and hot side on the grill. It’s easy, really; simply pile up the charcoals on only one side of the grill pan, leaving the other side empty. If you use a gas grill it’s even easier, only heat the burners on one side. Now that you know the trick, let’s get cooking.

1. Soak the smoking chips and put them in a disposable metal pie pan or a foil packet with vent holes. Place them on the hot side of the grill.

2. Position the ham cut-side down on the cold side of the grill. Cook with the lid down for approximately 90 minutes or until the internal temperature reaches 145°.

3. While the ham is cooking, place the coconut nectar syrup and coconut butter in a sauce pan. Heat over medium heat until the mixture becomes syrupy. Whisk while heating to incorporate the ingredients well. Turn off heat and cover until the glaze is needed.

4. Remove cover from grill. Glaze ham and cook for 2-3 minutes, repeat the process 3 or 4 times until the entire ham is thoroughly glazed. Remove from the grill and allow the ham to rest 10-20 minutes before slicing. Drizzle leftover glaze onto sliced meat if desired.