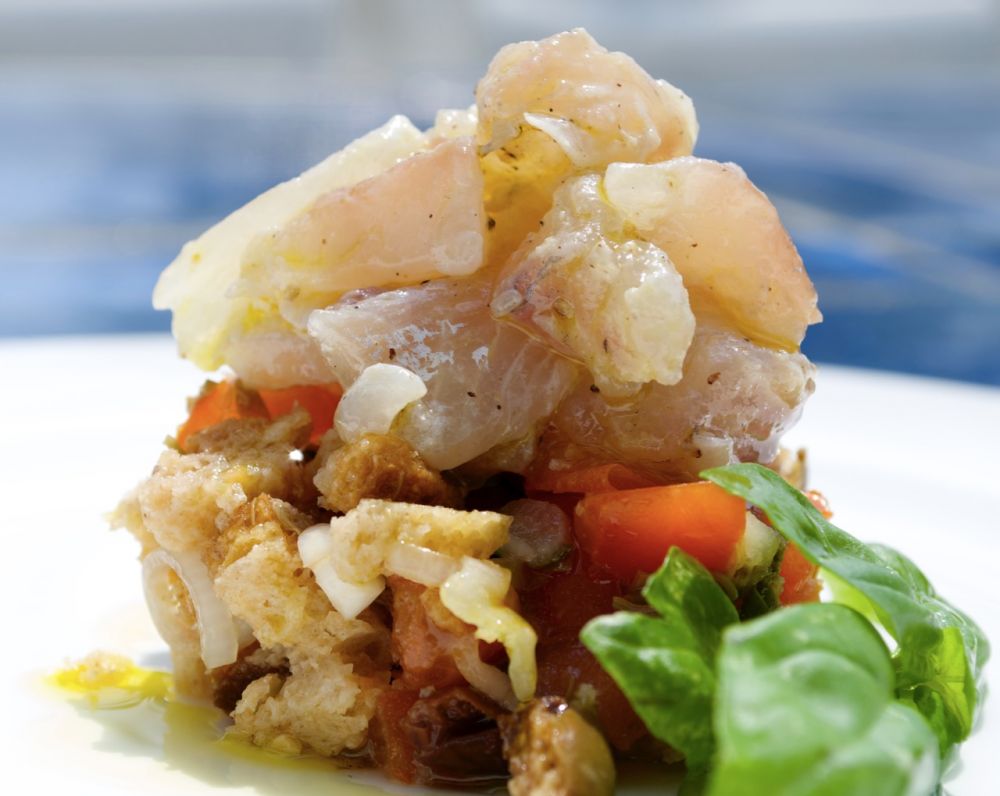 "The frisella or fresella is a hard bread baked in the oven, cut in half in horizontal direction and baked again in the oven."

The frisella or fresella is a hard bread baked in the oven, cut in half in horizontal direction and baked again in the oven.

Cut the tomatoes into cubes after having removed the seeds, slice the spring onions and coarsely chop the capers and basil. Wet quickly the fresella bread or frisella break it in small pieces; add olives and season with evo oil, vinegar and salt.
Sprinkle and add the fresella in the last moment, shortly before serving, so that it remains slightly crisp. If in the meantime the prepared sauce would be too moist, drain a little of the liquid released by the tomatoes and add the pieces of not wet fresella.
Cut the sea bass filleted in chunks and season with evo oil, salt and pepper.
With the help of a round dough-cutter, place seasoned fresella at the center of the dish with the raw fish above. Garnish with basil leaves and evo oil.

Anisakis is a genus of parasitic nematodes, which have life cycles involving fish and marine mammals. They are infective to humans and cause anisakiasis.
Anisakiasis can be easily prevented by adequate cooking at temperatures greater than 60°C or freezing. The FDA recommends all shellfish and fish intended for raw consumption be blast frozen to −35°C or below for 15 hours or be regularly frozen to −20°C or below for seven days. Salting and marinating will not necessarily kill the parasites.