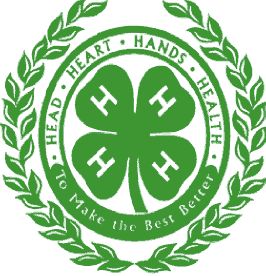 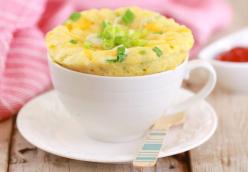 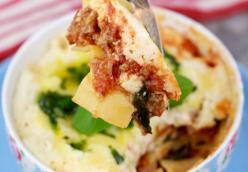 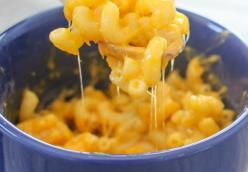 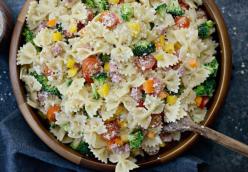 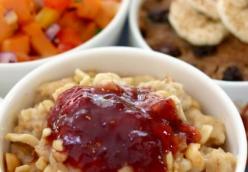 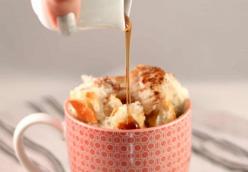 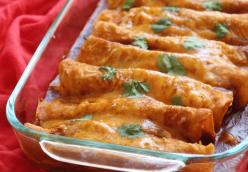 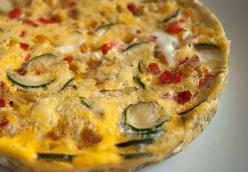 Not everyone has the luxury of having a kitchen in college. The microwave may seem scary but in college, it will most likely become your best friend. Fast food isn't the friendliest on a college kid's wallet so here's an alternative(and healthier!) recipe. Recipe Joke: Who tells the best egg jokes? Comedi-hens!

Everybody loves chocolate and it can be a nice way to unwind after a long day of classes. This recipe is simple and yields delicious results with minimal mess and work. Recipe Joke: What kind of cake is never on time? ChocoLATE!

Who doesn't love a good lasagna? Making an entire one can be a hassle and requires a full-size oven so here's a recipe for a single serving portion for late-night study sessions. Note: All of the cheeses in the recipe can be interchanged for your own personal favorites and make sure to use a slightly larger mug for this recipe. Recipe Joke: A boy and his father are eating lasagna at the dinner table... The father says ''Make sure to lean over your plate, son.'' The boy asks ''But why?'' The father replies with ’'So, you'll get less-on-ya''

Pizza is a girl's best friend and although take out can be great, it can also be expensive. So here is an alternative that you can make in the comfort of your dorm. In general, you will buy a majority of these ingredients once and then you can enjoy homemade mini pizzas for the rest of the school year. Recipe Joke: What type of person doesn't like pizza? A weir-dough!

Pancakes can be hit or miss when cooking them on a griddle. Might as well just chuck it in a mug before class and enjoy a nice warm mug of pancakes. You can easily make this recipe the night before as meal prep and feel free to replace blueberries with your fruit of choice. Recipe Joke: How does a panda make his pancakes in the morning? With a pan...duh...

Macaroni and Cheese is one of those simple comfort dishes that we never seem to outgrow. Feel free to change up the type of cheese in the recipe to your taste. Recipe Joke: What do you call a fake macaroni? An impasta!

Maybe mug pizza isn't your thing. Here is a little more traditional pizza recipe without the hassle of dealing with pizza dough. Recipe Joke: What type of pizza do dogs eat? Puperoni!

The freshman 15 is real and it is important not to forget about eating at least a couple of vegetables. You can get both your carb and veggie fill all in this one recipe. Recipe Joke: What’s the dress code at the past convention? Bowtie!

It's simple, it's easy, and it's familiar flavors. You can make it the night before to make your morning a little easier. Recipe Joke: What kind of sandwiches do sharks eat? Peanut butter and Jellyfish.

A sweet take on breakfast. This allows you to indulge without feeling too heavy afterward. Recipe Joke: When drinking I raise my glass and say here's to bread, flour, egg, sugar, and vanilla People ask what the hell that was about... I say it was a French toast.

Dorm food can get repetitive after a while so it can be fun to spice it up with something other than the usual ramen. Recipe Joke: What do you call a tiny enchilada? An enchilittle!

Chili and rice is a Hawaii classic. This recipe is perfect for those nights when you're missing home. Recipe Joke: My dad’s famous chili recipe calls for exactly 239 beans... One more would make it too farty :)

This recipe is slightly more work than the rest, however, the work is worth it. If you don't have a cooker or burner: you can put the chopped up vegetables on a plate, drizzle with a little olive oil and salt and pepper, cover with plastic film, and microwave on the high setting for 5-6 minutes.

A very aromatic recipe that is guaranteed to fill you up. A nice alternative to the standard more Italian take on microwave/rice cooker pasta. Recipe Joke (sorry couldn't find a rice noodle joke): A couple go for a meal at a Chinese restaurant and order the 'Chicken Surprise.' The waiter brings the meal, served in a lidded cast iron pot. Just as the wife is about to serve herself, the lid of the pot rises slightly and she briefly sees two beady little eyes looking around before the lid slams back down. 'Good grief, did you see that?' she asks her husband. He hadn't, so she asks him to look in the pot. He reaches for it and again the lid rises, and he sees two little eyes looking around before it slams down.. Rather perturbed, he calls the waiter over, explains what is happening, and demands an explanation. 'Please sir,' says the waiter, 'what did you order?' The husband replies, 'Chicken Surprise.' 'Ah! I'm so sorry,' says the waiter, 'I brought you the Peeking Duck.’

Teriyaki always makes food tastier so here's a fairly cheap and easy recipe that can last you for a couple of meals. The price for this works out to ~$6.28 and the price per serving is about ~$1.57. Recipe Joke: Why did the shrimp cross the road? To get to the other tide!

Loaded potatoes are one of the dependable staples that you know you can always fall back on. Recipe Joke: Why do potatoes make good detectives? Because they keep their eyes peeled!

Cinnamon rolls + pancakes. Is there really anything else you need to know? Recipe Joke: I met a really angry pancake earlier. He just flipped!

This is for those of you who want something savory for breakfast. Grits are often served savory and is similar to porridge. Recipe Joke: What do you call a sausage that can't walk? A sausage roll!

Pull apart pizza is perfect for sharing and it will end up being cheaper than ordering a couple of pizzas for the squad. You can freeze or save any ingredients you use for a later date. Recipe Joke: Why was the pizzeria desperate for business? Because they kneaded the dough!

Chicken noodle soup is a classic for sick or cold days and it is fairly simple to make. Recipe Joke: My mum used to feed me alphabet soup when I was a kid She insisted on me telling everyone that I loved it. I didn't really, she was just putting words in my mouth.

Spaghetti is a reliable dish that you can trust. Make a quick dinner for you and your roommate. Recipe Joke: My sister bet me 15$ that I couldn't build a car out of spaghetti. You should have seen the look on her face as I drove pasta.
A guide to cooking in college.

Thank you for your interest in tkawakami's cookbook and for helping support the BakeSpace community of independent cookbook authors!

But first… If you’re new to BakeSpace, take a minute to visit our "About" page to learn more about our delicious community, which has been helping home cooks swap recipes and connect with fellow foodies worldwide since 2006.

A guide to cooking in college.

Login to unlock this amazing cookbook. Once you buy the cookbook, you'll be able to access the recipes on this page.

Not a member?
Join BakeSpace today! Membership is free and you'll discover even more delicious cookbooks and over 80,000 free recipes. Because all our digital cookbooks are part of the BakeSpace community, you won't have to remember which cookbook has a particular recipe in it. Our unique search makes finding your favorite recipes in any of your saved cookbooks super easy!