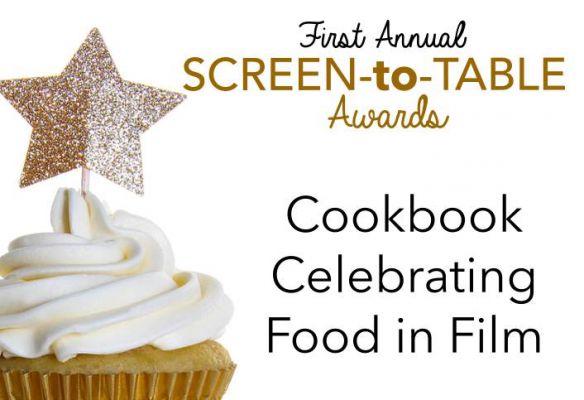 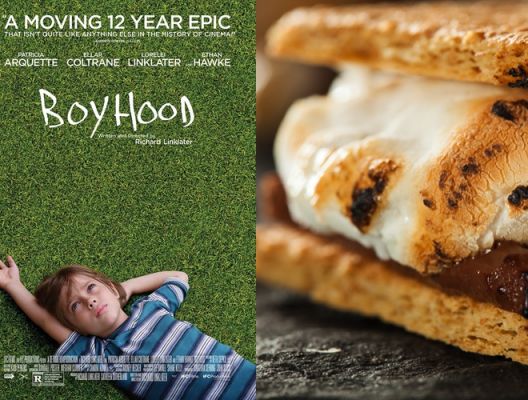 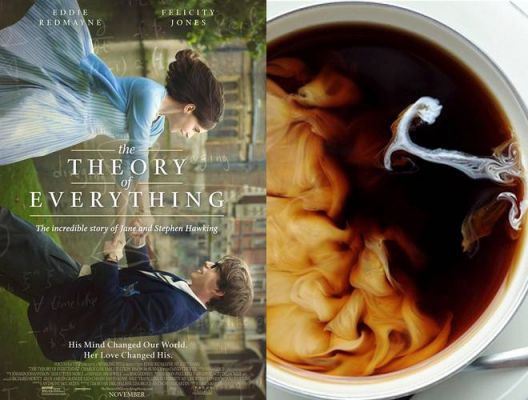 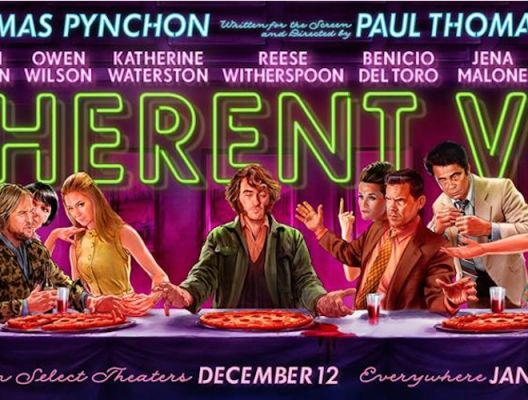 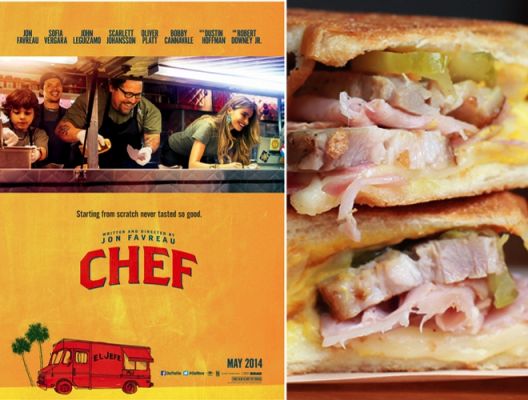 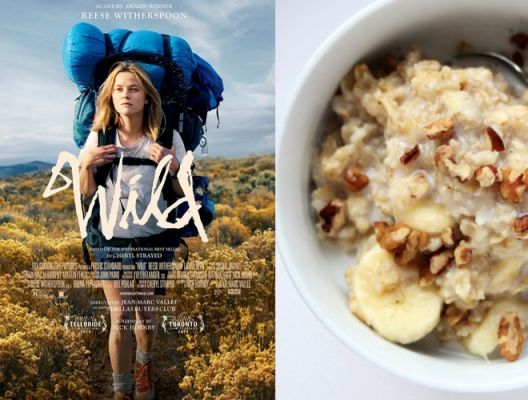 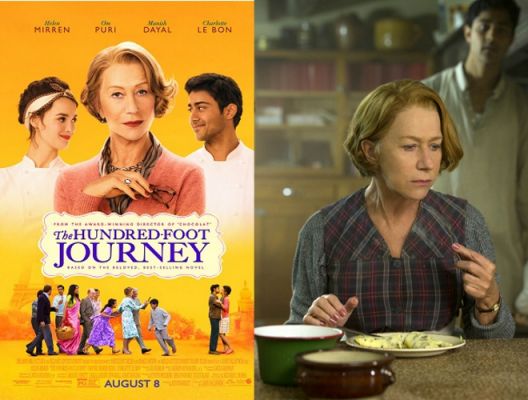 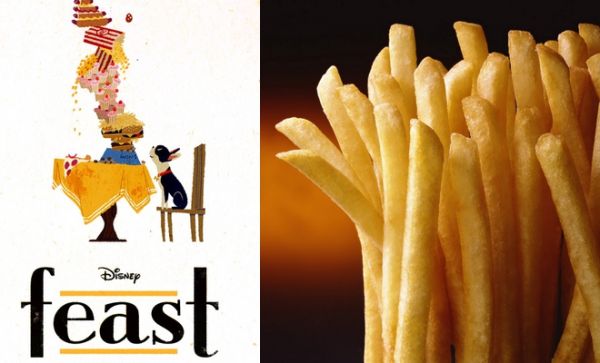 In this groundbreaking coming of age movie, Mason literally grows up in front of our eyes. The story takes us through 12 years-worth of family dinners and celebrations, as well as the quiet moments in between. Some of the best weekends with Dad were spent eating s’mores and talking about life’s lessons. You can practically taste the goodness in this delicious campfire scene.

“The Theory of Everything” tells the story of Stephen Hawking - the most brilliant and celebrated physicist of our time. Early in the story we see him meet Jane Wilde and fall in love before being diagnosed with a fatal illness at the tender age of 21. From there he fights seemingly insurmountable odds to become the successor to Einstein, as well as a father to three children. To quote Mr. Hawking, his experience is proof that “no matter how bad life might be, while there is life there is hope." While on a train he looks down at a cup coffee and notices how the cream swirls in one direction. For most people this observation would be inconsequential, but for Hawking it inspires the theory that time can be reversed all the way back to the beginning. This recipe celebrates scientific brilliance and our love of coffee.

“Inherent Vice” combines mystery, conspiracy, comedy and a ‘70s psychedelic vibe… and our interpretation is a great recipe for pizza. . The film follows a pot smoking private detective named Larry “Doc” Sportello through a bizarre investigation involving his ex-girlfriend and her lover. Zany supporting characters abound, many of whom appear in a scene that mimics the Last Supper, but with pizza as the main course. While the movie has you guessing at every turn, you can count on this great recipe.

Food, fatherhood and fame were a recipe for disaster for Carl Casper, our hotshot L.A. chef who’s burnt out and tired of compromise in the kitchen. After waging a war on Twitter with an influential restaurant critic, Carl’s life takes a dramatic turn that forces him to start over rediscover why he became a chef in the first place. The following recipe for Mojo Pork Cubanos helped Carl turn a dilapidated taco truck into a gastronomic sensation on wheels. This delectable Cuban-inspired variation on the classic ham and cheese sandwich got its start in Florida, where Carl renews his culinary career and life journey. Check out the recipe and the film to taste/see for yourself! This is an official recipe created for and made in the film "CHEF" by Chef Roy Choi.

After a failed marriage and the death of her mother, Cheryl Strayed lost hope. Years of reckless, destructive behavior lead to an epiphany that sends her on an epic journey to rediscover herself and her purpose in life. Driven only by sheer determination, Cheryl packs a bag and sets upon a thousand mile hike of the Pacific Crest Trail, alone. Every day is an adventure filled with physical and emotional challenge -- from hauling a 75 pound backback to waking up to the same “cold mush” oatmeal day after day.

“Selma” is based on the historic three-month period in 1965 when Dr. Martin Luther King, Jr. led the campaign for equal rights.. The series of marches from Selma to Montgomery culminated in the landmark Voting Rights Act of 1965. It was around the Sullivan family kitchen table where Dr. King and his team planned The March and nourished their bodies and souls with Mrs. Sullivan’s home cooking.

At its core, “The Hundred-Foot Journey” is about the divide that separates cultures, as well as the things that bring us all together. One of the things we all have in common is our love for great food. This inspiring, heartwarming story gives us a behind-the-scenes view of what happens in the kitchen when great culinary minds get together. The following recipe is based on the challenge set forth upon the Hassan character to prepare an omelet that demonstrates the art subtlety.

When you rescue a dog or other furry friend, there is a love that's undeniable. This film adorably captures the relationship we have with our pets and the role food plays in nourishing us all. This delightful fry recipe will hopefully be a reminder that small gestures of love make a big impact on our lives (human or furry friend).
We all know the term “farm-to-table,” but BakeSpace.com’s popular KitchenParty Live series is giving it a cinematic twist just in time for the Oscars with the first “Screen-to-Table Awards,” which will pay tribute to how food is depicted in the best films of 2014. To celebrate the awards, BakeSpace will also release the “First Annual Screen-to-Table Cookbook” app and ebook filled with recipes inspired by the award “winners”. We hope you enjoy this wonderful cookbook filled with some of our favorite film food moments of 2014.

Thank you for your interest in Screen-to-Table's cookbook and for helping support the BakeSpace community of independent cookbook authors!

We all know the term “farm-to-table,” but BakeSpace.com’s popular KitchenParty Live series is giving it a cinematic twist just in time for the Oscars with the first “Screen-to-Table Awards,” which will pay tribute to how food is depicted in the best films of 2014. To celebrate the awards, BakeSpace will also release the “First Annual Screen-to-Table Cookbook” app and ebook filled with recipes inspired by the award “winners”. We hope you enjoy this wonderful cookbook filled with some of our favorite film food moments of 2014.