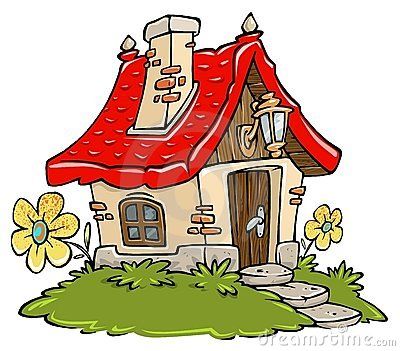 I got this recipe from one of my best friends. She made it for dinner, and it's fabulous!

I got this from a friend of mine, who dated a Greek man. She said it was the most fantastic appetizer ever...and I am going to have to agree with her.

I had these way back when I was in sixth grade...a boy brought them in as part of a geography project. They're delicious!

I have yet to find a dessert I like better than baklava. I practically lived on this while I was pregnant!

I saw these during my Food Network kick while I was pregnant. I tried them, and they are my new "famous party dessert".

My mom used to make this for me all the time when I was a kid. If I was sick, this was the tea she'd give me. It never failed to make me feel better!!

I got this from a girl on TheNest.com last year when I was a very hungry pregnant woman! They are super easy to make, and we like to make them on movie night. But I suggest not to make a lot at one time, because the chocolate will harden before you get to the last one!!

I got this from a bottle of Philosophy Double Rich Hot Cocoa Body Wash! I tried it on the first cold day of the season, and I swear, I have never had a better cup of hot cocoa!! :)

This also came from a bottle of Philosophy Body Wash! It's so weird that such yummy stuff can come off of a bottle of body wash!!!

I saw this on Paula's "Gone Bananas" episode, and had to make it. My mom and I tweaked it a little bit, but it still came out great!!!

As much as I love the lime flavor of margaritas, I don't care much for alcohol. After much tweaking, I was able to concoct a delicious alcohol-free clone of my favorite tropical drink! This is a recipe that gives you the perfect margarita flavor, while staying friendly to the family!

My mom used to make this for every party our family ever had. It brings me back to the block parties we had when I lived in Chicago. I hope it can become a hit at your family gatherings too!

I devised this recipe one rainy weekend when I first moved in with my now-husband. He was helping a friend move and I really had a taste for French toast. I'm pretty sure this recipe is the reason he married me!

I had never heard of Magic Cookie Bars until I saw a boxed version from Eagle Brand. I tried them and fell in love, but realized that I could easily make my own for less money and get more bars! There are so many different ways these can be done, which is really the best part of the recipe!

My ex-stepmother-in-law was from Mexico, and this was a recipe that she shared with my husband and me as part of her and my father-in-law's wedding gift to us!

I've made these for years for game days! They started as veggie rollups, but then I added turkey and bacon to appease my anti-vegetarian family!

A girl I worked with made this for a potluck, and it was delicious! She gave me the recipe, but I tweaked it a little bit by adding the cilantro! You can use any heat level of salsa you'd like, and the best tortilla chips I've found to go with this dish are El Milagro brand!

My mom tried these out of a cookbook years ago for a Christmas appetizer party, and they were an immediate hit! What isn't to love - it has bacon, cream cheese, and crescent rolls!!

I tried to clone the potato skins we ordered at Friday's one night, but only had Velveeta on hand. My husband said he actually liked my way better!

My husband volunteered me to make a layered dip for one of his work functions, so I had to throw something together. Most of the 7-layer dips I had in the past were good, but were missing something, so I added some taco seasoning to the beans.

I am a fan of chili cheese dip, and this dip is a touch above the traditional cheese and chili dip; it goes great with tortilla chips or on top of a thick, juicy burger!

I had never tried this salad, until I had it at a fundraiser event in 2008. I searched and tweaked recipe after recipe, until I developed a very accurate clone of the salad I had that one Sunday!

When I was pregnant, I craved all things chocolate. One night, I had such a hankering, but nothing sounded good. Brownies did not sound appealing, and neither did ice cream with hot fudge. Until my pregnant brain decided that those things together would be divine! I was up until 1 a.m. baking and eating!

Although I love fruit, sometimes we need something sweet to dip it in!

I started making these for friends and family for Christmas gifts because money was so short. They feel more personal than gift cards or cash, and they are really versatile!

My husband's grandmother used to make these brownies for the family gatherings, before she developed macular degeneration. She showed my husband how to make these and we later added the dulce de leche dip later on - it makes a fantastic dipping sauce!!

This is a take on better-than-anything cake, but with a Hawaiian twist!

I got this recipe from a WWE cookbook, and when I made it for my grandma when I was about 14, she was so pleased with it! It became my favorite thing to make for her until she passed away.

My mom made lemonade using this classic recipe for me when I was a kid! The first cup of water should be HOT, which will help dissolve the sugar faster.

Although I don't drink alcohol, I am all about mocktails!

I love the way mojitos smell, but I don't like alcohol, so I wanted to come up with a recipe that would give me the mint-lime taste without the alcohol. This did the trick perfectly!

These are different kid-friendly recipes for dippable kabobs; some are desserts, some are main-dish, some are breakfast!

This is a fun twist on the usual sloppy joe sandwiches! They are great served on Kaiser buns.

I have eaten a lot of snack mixes in my day, and I have always found that store-bought mixes always had too much of one thing and way too little of others. With these mixes, you can add your own quantities of your favorite ingredients!

This book includes tons of different recipes that have been tested and are designed to make life easier with their simple deliciousness!

Thank you for your interest in pattyogreen555's cookbook and for helping support the BakeSpace community of independent cookbook authors!

This book includes tons of different recipes that have been tested and are designed to make life easier with their simple deliciousness!