François Payard is a third generation French Pastry Chef born in Nice on July 16th, 1966. François cultivated his passion for the art of Pastry as a child in his grandfather’s acclaimed shop, Au Nid des Friandises on the Riviera. He grew up surrounded by the delicious classic French pastry in the tradition carried on by his parents and grandparents for over fifty years. After honing his skills in classic pastry by his family’s side, François moved to Paris where he learned the artistry and refinement of transforming traditional desserts into exquisite plated presentations whose taste, texture and originality opened new horizons in his career. His dedication and passion earned him positions in several of France’s finest kitchens. In 1988, Payard held his first position as Pastry Chef in Paris at La Tour d’Argent (***Michelin). The following year he went on to become Pastry Chef in the kitchen of Alain Senderens at Lucas Carton (***Michelin). In these renowned restaurants he met the challenge of creating dessert menus worthy of a three star Michelin rating. François’ desire to travel and discover a new culture brought him to New York in 1990. Here he was eager to experiment with new ideas, flavors and techniques that he felt would be welcomed in the capital of cosmopolitan tastes. His first position in New York as Pastry Chef at Le Bernardin (****NY Times), challenged him to create a new dessert repertoire and made him popular for his beautifully presented creations, bursting with delicate flavors and taste. In 1993, François Payard joined Chef Daniel Boulud for the opening of Restaurant Daniel (****NY Times) where he delighted guests with his chocolate and seasonal fruit menus. In 1995, The James Beard Foundation named François “Pastry Chef of the Year” in recognition of his accent on flavor combined with a unique sense of pastry design. In August of 1997, François’ childhood dream of opening his own restaurant became a reality. Located on 1032 Lexington Avenue, François strived to innovate, perfect, educate and contribute his ideas and passion to the field of pastry. Considered as one of Manhattan’s finest culinary destinations for 12 years, the establishment closed its doors the first week of July 2009, due to the loss of its lease. Chef Payard is now heading towards new endeavors and is looking for a new home to welcome his loyal patrons and pastry/chocolate lovers. In 1998, he was acknowledged for this by being awarded “Pastry Chef of the Year” by the Bon Appétit Food & Entertainment Awards and again in 2001 by the International Pastry Competition Committee-Beaver Creek. In July of 2004, François was honored with the prestigious Ordre du Mérite Agricole, Medal of Honor by the French Government. And in 2005, he received Wine Spectator’s Award of Excellence for having one of the most outstanding wine lists in the world as well as being selected in 2006 as a member of Relais Desserts International a professional association of the 85 Best Pastry Chefs in the World. François was also honored with the Dom Pérignon Award Of Excellence for 2010. Branches of Payard opened at Caesars Palace in Las Vegas, Japan and Korea. In November 2009, he opened the François Chocolate Bar on the fourth floor of Mauboussin’s Madison Avenue boutique in New York. Described as “a chocolate jewelry shop,” In September 2010, François will open FPB, a casual bakery on West Houston Street in downtown New York City, where guests can enjoy a variety of sweet and savory selections in an inviting, casual setting. FPB is the first of several collaborative projects from François and restaurateur Marlon Abela of Marlon Abela Restaurant Corporation (MARC), whose portfolio also includes the A Voce restaurants in New York City, as well as other restaurants in the U.S. and London. Additional projects similar to the FPB concept as well as an upscale patisserie are due to open in New York City throughout 2010 and 2011. We welcome you to discover and delight in François’ favorite confections reminiscent of his grandfather’s days. Visit my website www.payard.com !! 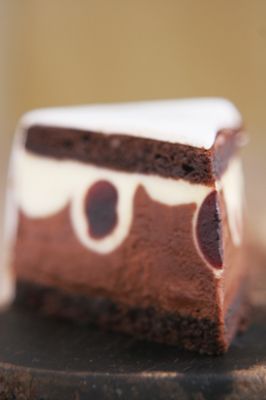 
Have a question about your cookbook sales?
Email us at [email protected]
FYI, "Anonymous" sales are through our app.
Payments are issued monthly for sales reaching $25 net.
Read our FAQ for payment details.
Status Pending = Awaiting Processing
Status Sent = Check has been sent

Have a question about your cookbook sales?
Email us at [email protected]

You have 0 total orders and 0 total payments.