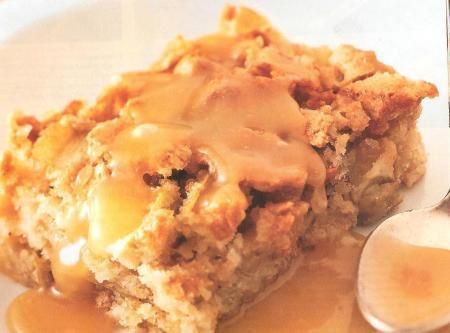 This recipe is important to me because we make it every Thanksgiving and sometimes on occasion in the fall. We started making this recipe since before I was born. It means a lot to my family because they’ve been making it since my grandma was a teenager. The smell of the apple cake baking is a clue of chemical change. Another clue of chemical change is the top, sides and bottom of the cake browning when it's cooking. A physical change would be the cake steaming while it cools and the water evaporating. Another physical change would be if you were to cut the cake in half or into pieces.

Finely dice apples so that they’re able to be mixed into batter.

In a very large mixing bowl beat butter with an electric mixer on medium to high for 30 seconds.

Gradually add 2 cups sugar, about one-quarter cup at a time, beating on medium until well combined.

Scrape sides of bowl; beat for 2 minutes more. Add eggs, one at a time, beating well after each addition. Add flour mixture to butter mixture, beating on low just until combined.

Fold in apples and walnuts.

This batter is thick… more like a cookie dough so make sure you spread it evenly when putting it into the pan so the edges don’t burn. Do not flatten the top, keep it bumpy.

Bake for 45-50 minutes or until toothpick inserted in center comes out clean.

In a small saucepan melt 1 cup of butter over medium heat and stir in ⅓ cup brown sugar and whipping cream.

Bring to a boil, stirring constantly.

Remove from heat and stir in vanilla.