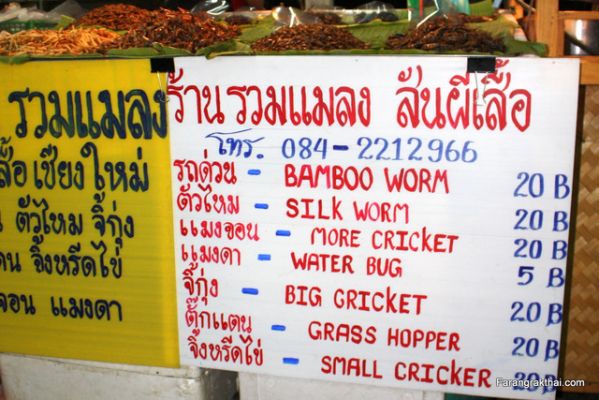 "We Should Start Eating Insects"

Cricket pies, fried grasshoppers and mealworm quiche: Welcome to the new culinary delights. Or so hopes Arnold van Huis, an entomology professor in Wageningen, the Netherlands. Van Huis is working to bring a range of entomological appetizers to the market.

Marco Visscher: Why should we eat insects?

Arnold van Huis: While the world population is growing and our global wealth is advancing, meat consumption is rising dramatically. Currently, 70 percent of farmland is being used for meat production. If this trend continues, it will prove unsustainable. Moreover, livestock is the largest source of greenhouse gas emissions, including methane and nitrous oxide. Insects have a much lower environmental burden, while their nutritional value measures up to chicken or beef.

van Huis: That depends on how you prepare the dish. I'm not so wild about cakes made using crushed flies from East Africa--a couple of which I have at home -- but sautéed crickets in a warm chocolate dip make a great snack."

van Huis: It's quite normal for most of the world. In tropical countries, people don't eat caterpillars, beetle larvae, grasshoppers and termites because they don't have a choice but because they taste good. Plus insects are high in protein and have essential fatty acids and important vitamins. Which is why food programs in developing countries should increase their focus on insects. Currently, vegetable consumption is emphasized, but it's much more efficient to get nutrients from animals. Because traditional meat is often too expensive, insects could be a very good alternative.

Visscher: Isn't the psychological barrier in the West simply too great?

van Huis: The first time you bite into a grasshopper might be a little 'hard to swallow.' But there are ways to handle this. Insects can be ground industrially so they're less recognizable, just as a filet doesn't really resemble a particular animal. There are some 1,400 edible insects, which can enrich and diversify our food supply.

Heat the butter or oil in a frying pan and fry the larvae or pupae. Add the chopped onions, chilies, and tomato, and season with salt. Sprinkle with ground pepper, cumin, and oregano, to taste. Serve in tacos and garnish with cilantro.

retromodernfoodie
I wouldn't be the least bit surprised that within the next 5 decades or so, we're going to wind up eating insects as well.