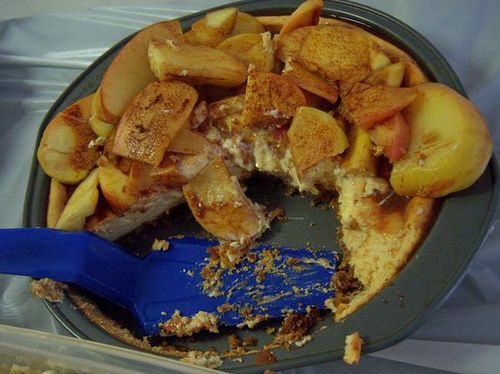 I got this recipe off an internet search but I have altered the recipe a little bit b/c the original crust in the recipe didn't sound good at all.

In a mixing bowl add the chopped nuts, cinnamon, graham cracker crumbs, and the butter. Mix well. Press into the bottom of a 9 in round baking pan or a 9 in springform pan. Place in the oven for a little bit while it's preheating (about 5-8 minutes).