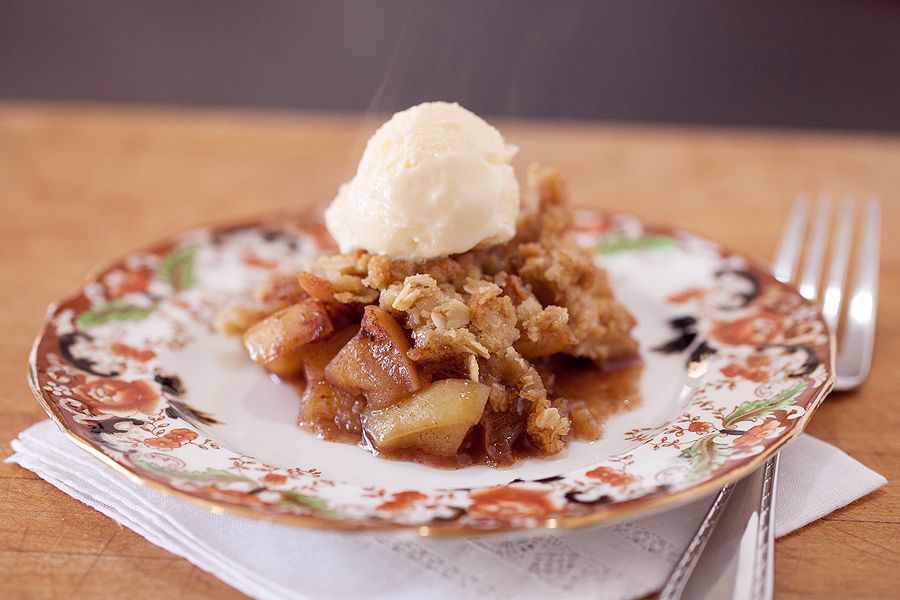 My Mom made it everyday for dessert.

1. Preheat the oven to 350 degrees. In a small bowl, combine the flour, sugar, brown sugar, and cinnamon for the topping. Add the butter and working with your fingers or a pastry cutter, work the butter in until you have a chunky and sandy texture. Add the oats and work them into the butter mixture. Set aside in the refrigerator. This topping can be a bit messy and gloppy in appearance. Don’t worry.

3. Place the apples in a buttered baking dish. Distribute the butter and oats mixture over the top of the apples as evenly as possible. Bake the crisp at 350 degrees for 40 to 50 minutes. To determine doneness, you can stick a toothpick into the crisp and pierce a few individual chunks of apple. The toothpick should meet only slight resistance. Remove the crisp from the oven and allow it to cool for at least 30 minutes. Serve with ice cream.