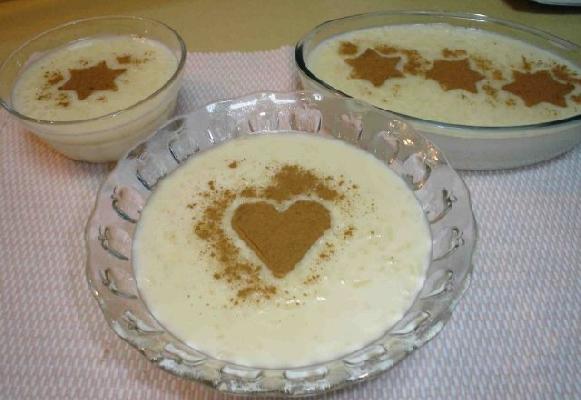 My Mother loved Arroz con Leche. On any given night she would get old rice and make some. It was delicious. One of the few things she would cook for us. My dad, the "Chef" would do the cooking in my household.

In a Medium pot, Add the water, cinnamon stick and the rice until rice is soft, about 10 minutes or so. (When it starts boiling turn it down to medium heat.)

gets thick and rice has absorbed most of the milk. (The recipe tells you to stir once in a while, but I do it about every 15 minutes.) Simmer it for about an hour.

and sprinkle with powdered cinnamon.