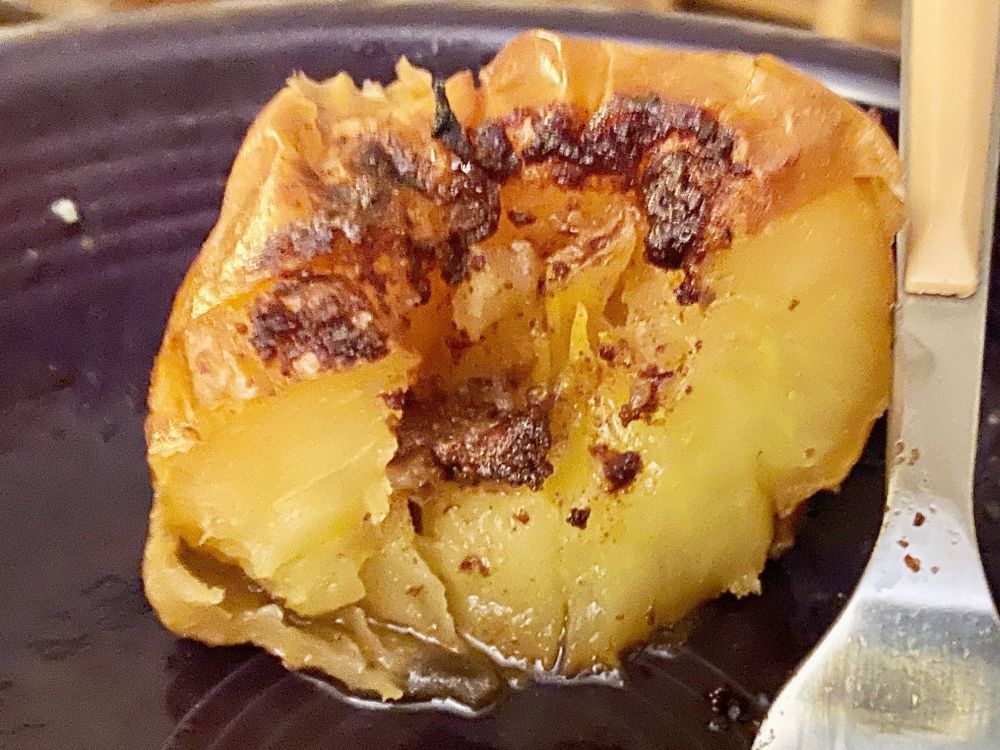 "This is so delicious! A nice rich, buttery flavor."

Many recipes for baked apples use brown sugar -- this one does not. It's just three ingredients -- apples, a little butter and cinnamon. By far the best-baked apple recipe I've ever had (and made). Bookmark, pin or save for later!

Wash apples. With a knife, take out the center core, but leave the bottom in tact (don't cut all the way through the apple). I cut a square at the top of the apple and then put the knife inside and scrape the core until all the seeds are out.

Cut about up some butter and insert it into the apple. Poor as much cinnamon as you like on top. The more the better.

Place apples on a baking dish - no need to coat the pan. I use a glass pan.

Once your oven reaches 400 F, put pan in over with apples. Bake for 60 minutes.

When you get them out of the oven, they may not look great. It's ok, They will taste AMAZING! Very buttery (but in a good way).

Taste great by themselves - but a little vanilla ice cream would be awesome.