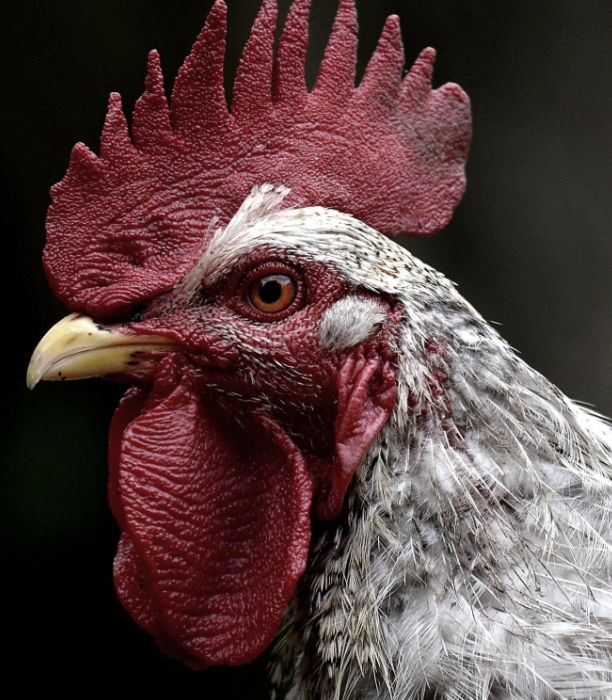 "I needed something nutritious I could eat after Chemo treatments, Bob's Soup is Pefect"

My wife was diagnosed with Breast cancer in July of 19, and the chemo doctor suggested that if she's having a hard time eating, she should load up on as much "chicken soup" as I can get in her. This is why there's no potatoes or noodles in this, it is strictly Chicken with veggies. She has to avoid carbs.

But every time I make this, my family says it's the best soup they've ever had. So give it a shot. Play with the amounts of spicing and even amount of veggies.

For instance a lot of times, I don't take off 5 or 6 stalks of celery, I take the whole bunch, cut the top off about an inch down and thinly slice the whole bunch at the same time, green leafy stuff and all. It works nicely. Anyway, I hope you like this soup, and if you're sick, it will help you get better!

Get a big bowl and begin to chop your onions, carrots and celery into small bite sized pieces. I shoot for smaller rather than larger.

Once the veggies are diced up, put a tablespoon of butter and a tablespoon of olive oil in your stock pot. There's something magic when good olive oil and good butter marry together as a saute mix. Turn the heat to medium high.

Toss your bowl of chopped veggies into your stock pot, and toss and mix the EVO/butter with all those veggies. Turn the heat to medium and cook and stir these veggies occasionally so they don't stick or burn. If you find it's too dry and some more butter/EVO.

Before they're done, toss in your salt and pepper, and about half your red pepper flakes. Continue to stir periodically.

Once you're satisfied with the softness of your veggies, it's time to add the 8 cans of broth, and the 4 cups of water and the 28 ounce can of tomatoes.

Stir all that up, and start adding the other ingredients. I generally toss in the garlic powder, sesame oil, the balance of my red pepper, my parsley, oregano, thyme, bay-leaf's, etc now.

When that comes to simmer, I add the "better than bullion" any left over oil and butter, and give it a good long stir.

Now it's time to test for flavor. Does it need more salt? It might, so add some. If you want more bite, some more black and/or red pepper. Is it missing something? Try adding a bit more garlic powder.

When you feel the spicing is about right, then it's time to add the drained can of very early small peas, and if you found it, the Margaret Holmes seasoned italian beans, Drained.

Finally, it's chicken time. Slowly put your 3 pounds of cut up chicken into the pot, stir it well, and turn the heat down to simmer.

I generally like to let it simmer uncovered for at least an hour, and more like two before I consider it "done"

NOTE>> I don't use potatoes or noodles in this soup because of the carbs in them. Cancer loves sugar and carbs are converted into sugars. But if you aren't concerned about carbs, dicing up 3 medium potatoes works well, as does making a bag of egg noodles on the side and pouring this soup over them. I don't like making the noodles in the soup, because by day 2, they're extremely soft. I prefer to just make them along side the soup fresh.

The simply bestest thing you can serve with this is a nice chunk of toasted crusty bread with a rub of garlic and butter on it.