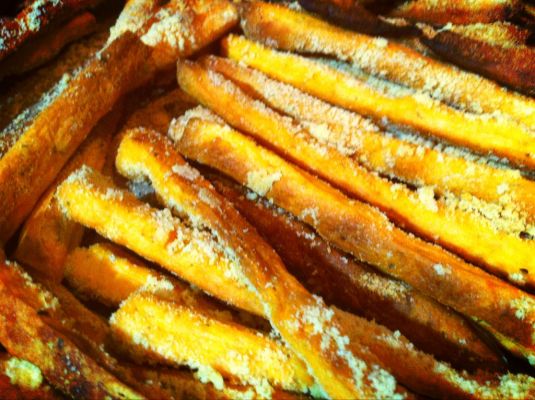 Breadsticks (grissini) are generally pencil sized sticks of crisp, dry bread originating in Torino and the surrounding area in Italy They are originally thought to have been created in the 14th century; although according to a local tradition, they were invented by a baker in Lanzo Torinese (northern Italy) in 1679.

Breadsticks may be offered at the table in restaurants as an appetizer, in some instances or regions they may be a type that is larger than pencil-sized. They may also be combined with ingredients such as prosciutto as an hors d'œuvre.

In 2 separate containers divide the amout of water and solve in 1 one: yeast, honey, and in the 2 one: EVOO and salt.

If you have the stand mixer put in the bowl the flour and add first the solved water with yeast and honey, and then the other liquid.

Making a good do when you leave the hook to work for 11/13minutes. You need to obtain a dried dough \ no sticky, so add flour if necessary.

Leave the do for a 10 minutes rest, the open it up in a rettengular layer, brush with olive oil and sprinkle it with semolina flour and leave to rise. After 30 minutes, getting ready to bake.

Cut the raisen dough by strings long 6 inches and large 1/2 and set in a large tray with parchement paper up.