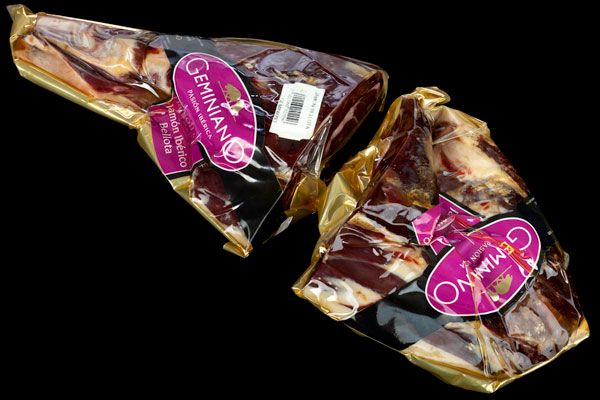 Andalusia is the traditional home of the tapa and in certain bars a small plate of food will automatically be given with, or ‘placed on top of’, every drink purchased: originally, tapas were small slices of bread topped with Serrano ham, cheese or chorizoand were served to the sherry drinkers in Andalusian taverns; the reason, apparently, was to stop the fruit flies from invading their wine.

This was once a habitual practice in most of Andalusia but it isa tradition that has almost vanished like so many other idyllic Spanish customs: In today’s crisis stricken atmosphere however, the free tapa is making a come-back in order to attract much needed customers to some of the financially crippled bars and restaurants of Spain.

The tradition of the tapa is likely to have developed from the result of poverty and the high day-time temperatures; two issues that make the eating of a large meal impracticable.While the actualorigin of the tapa has numerous different explanations concerningwhere or why they originated,the term‘tapa’is generally perceived to have come from the verb tapar, which means to cover.

Some believe the name originated around the middle of the 16th century when the owners of taverns found that the strong taste and smell of mature manchego cheese could help disguise the bad wine that they served; thus ‘covering’ it.

It is also said (although somewhat unconvincingly) that King Alfonso X of Castile was responsible for the introduction of the tapa: Alfonso was said to have recovered from an illness by drinking wine accompanied by small dishes of food and after regaining his health the king is reported to have ordered that taverns would not be permitted to sell wine unless it was accompanied by a small snack or ‘tapa’.

Another theory is attributed to Felipe III who is said to have passed a law in order to curb the drunken behavior of his soldiers; the law stated that in order to slow the effects of alcohol, every drink sold must be accompanied by a small plate of food.

The tapa reflects a very refined attitude towards eating and drinking because it extends lunch-time into a protracted eating experience that offers one the opportunity to taste an enormous variety of dishes.

Meat, fish, seafood and vegetables of all kinds will be used as tapas; as are pulses, rice and cured hams and sausages and the following recipe combines some of Spain’s most popular ingredients,including Serrano ham, broad beans and sherry.

The broad bean (haba) was used in ancient Egypt and are as old as the Pharaohs but the Greeks had reservations about them because they believed them to bring bad luck, whereas in Spain,and many South American countries, a broad bean is placed inside the Rosca de Reyes(kings cake) and the person who receives it has various privileges and obligations

There are many varieties of broad bean but the best for this recipe would be the ‘habas finas’. These can be purchased frozen and are far easier to usethan the dried version - which require a lengthycooking process.Some versions of habas con jamón will call for thin slices of succulent Serrano ham, which will almost melt into the cooking juices of the dish, while others will use ham that has been diced; but be careful with the seasoning because the ham will normally suffice where salt is concerned.

This dish would be suitably accompanied by a chilled glass of crisp white wine like aBarbadillo; one of Spain’s bestselling wines. Made from the same Palomino grape that is used in Barbadillo sherry,this easy drinking, medium bodied wine comes from the bodegas Antonio Barbadillo, (founded in 1821) one of the largest operations in Sanlúcar de Barrameda that is particularly associated with excellent manzanilla wine.

If one prefers sherry or manzanilla, then Barbadillo’s excellent Solearwould also make a good accompanying tipple because this extremely dry sherry has a characteristic salty tang that pairs well with this dish.

Gently sauté the garlic, onion, pimenton dulce and peppercorns in the olive oil for two minutes and then add the chopped Serrano hamand continue cooking for a further one minute. Add the broad beans, thyme, and bay to the onion, and mix the ingredients thoroughly before adding the sherry, water andstock-cube. Cook for a further 20 minutes until the liquid has halved and the beans are tender.Check the seasoning and add a pinch of salt if necessary. Leave to stand for ten minutes; before serving with some crusty bread to mop up the delicious juices - Buenprovecho!