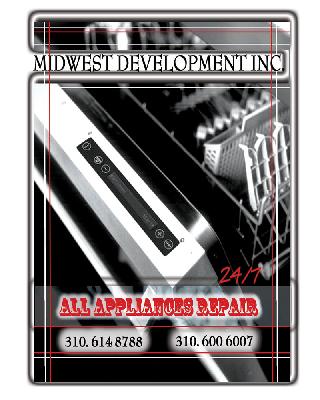 Borscht is a Russian national passion - a broad recipe for soup that explains the country's cultural and culinary traditions. All over Russia, cooks make borscht according to their regional recipes, using ingredients that range from mushrooms and horseradish to cilantro and bell peppers. Ideal on cold and gray days, borscht always contains beets, which are simultaneously husky and subtle, and then - because it was a soup that fed poor farmers - just about anything that happens to be on hand.

A finished borscht is a cheering sight. Its brilliant color, topped with a dollop of sour cream and a garnish of dill, makes a stunning presentation.

That's the way it's presented at Europa Cafe, a Russian restaurant in Brookline Village, where the chef and owner, Fyodor Dinov, presents a borscht of deep purple (from ''Red Ace'' beets), with a sweet-and-sour broth. It is redolent of dill and garlic, and it is packed with tender cabbage, leeks, and potatoes.

Dinov says he makes his borscht two ways. The first is served when a party of Russians books the restaurant for an evening. (This happens frequently.) That version is a meaty soup made with plenty of ham and sausage.

The second, which is served daily, is vegetarian. Dinov calls this one a compromise, because his American customers don't like the thick, meaty soup of Russian grandmothers.

Russians, Dinov says, make the soup and then let it sit: ''It is much better the next day.''

It does need to mellow. Immediately after simmering, sour is the borscht's dominant taste. But while the soup kettle stays overnight in the refrigerator, the meaty flavors of cabbage, leek, and potato lend their flavors to the pot, and permeate the broth. And the sweetness of the beets melds with the tangy dill.

Dinov said this borscht is one of the most popular dishes in his restaurant. ''It is a Russian restaurant,'' he says. ''Everyone comes here expecting to have borscht.''

According to Felix Shayevich, owner of the Dedham restaurant Odessa, a classic Russian borscht is so thick you can stand up a spoon in it. ''Whatever they have, they throw it in the pot,'' he says.

Shayevich says the soup is thick because the Russian peasants who made borscht needed a sustaining meal that could be cobbled together from whatever ingredients were available. ''It used to be a soup which filled you up before you go to work, or after work,'' he says.

In ''The Siren,'' Anton Chekhov described a Ukrainian borscht, the most popular variety at Odessa. He wrote: ''Borscht, prepared with beets, Ukrainian style, you know the way, my friend, with ham and country sausages. It should be served with sour cream, of course, and a sprinkling of fresh parsley and dill.'' The country sausages would have been something like kielbasa, and the ham would have been home-smoked, undoubtedly in someone's chimney.

There are many other ways to make it. For example, in the northern city of St. Petersburg, where the cold oceans yield plenty of Baltic herring and arctic char, borscht is a purple fish stew that includes pickled vegetables, an influence from Scandinavia. By contrast, in some warmer regions, borscht is made with cilantro, tomatoes, and red pepper, and is served cold.

Shayevich boasts that because Russia is a mixture of ethnicities, ''every nationality brought their own cuisine to the pot.''

He quickly cautions that Russia's beloved dish is not totally open to interpretation. At its base, it is a soup made of potato, cabbage, and beets. These ingredients may not be omitted. But they can be elaborated upon - with just about anything.

chopped dill or parsley (for garnishing)

Blend canned tomatoes or press through a sieve until fine. Add pureed tomatoes and beet juice to stock. Cover and simmer over low heat until vegetables are firmly tender but not soft.

At this point, add the chopped beets and vinegar. Season well with salt and pepper and remove from heat before the beets begin to lose their color.

Serve with a dollop of sour cream and a sprinkling of dill or parsley over each bowl.

Borscht (borsch) is a hearty soup traditionally prepared from beets and cabbage and served with a dollop of sour cream is a most popular first course. There are no less than 40 varieties of hot and cold borshch, depending on the vegetables and or meat in them, even some that don't have any beets at all. All borscht recipes are slowly simmered for maximum flavor. The tiny garlic buns, which are often served with it, are akin to the ubiquitous garlic bread of Italian cuisine.

They prepare such borscht extraordinary appetizing at restaurants in Russia, it is even better, when prepared in domestic conditions. Foreigners bring home this recipe, and all the same it is impossible to prepare borscht by completely Russian way. They buy again the ticket to Moscow to try the original borscht.