By Katjana
Member since 2020 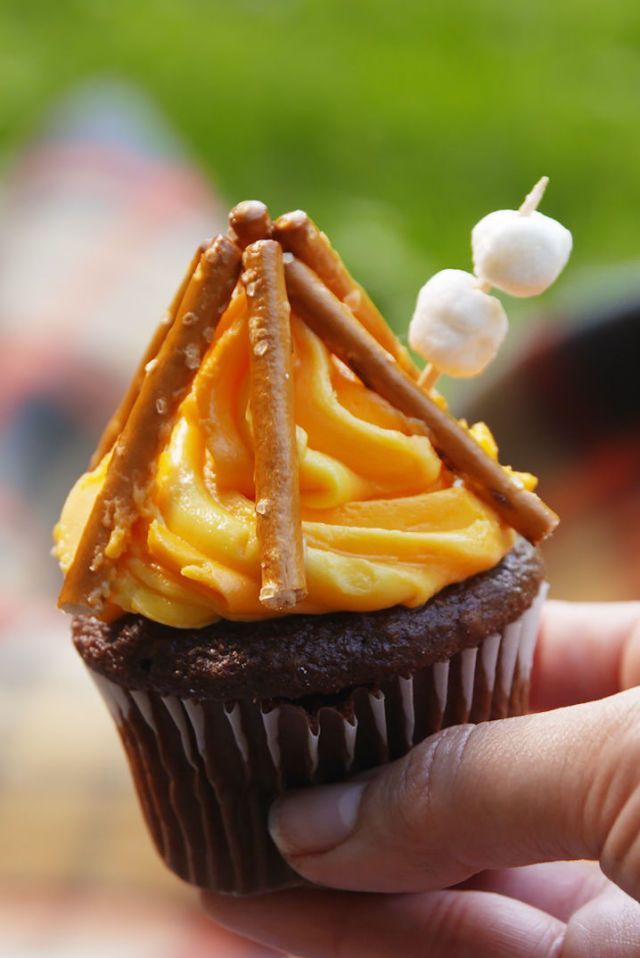 The cutest campire cupcakes for you and the kids

Preheat oven to 180° and line two cupcake pans with cupcake liners.
Prepare cake batter according to package instructions and divide between cupcake pans. Bake until a toothpick inserted into the middle of a cupcake comes out clean, about 20 minutes. Let cupcakes cool completely.

Divide buttercream between two bowls and dye one bowl of buttercream orange and the other yellow.
Alternating between orange and yellow, fill a large piping bag fitted with a large star tip. Pipe swirled buttercream onto each cupcake.

To decorate, arrange pretzel sticks, standing up, around the buttercream to look like sticks in a bonfire. Skewer two mini marshmallows onto each toothpick and stick a toothpick into each cupcake. Serve immediately.