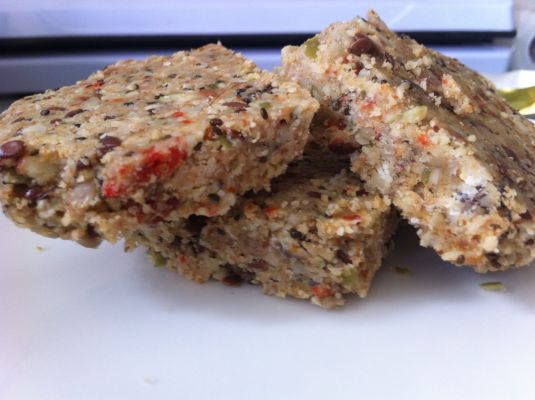 I Work as a counselor and mental health nurse, and often encounter people with depressive symptoms and related anxiety. I often see people wanting a natural cure for their depressive symptoms, without taking medication. My role is to help people with alternate or adjunct solutions with to this problem. Symptoms of depression include tiredness, lethargy and problems with sleep and appetite, motivation, and being unhappy. As a part of assessing a person’s mental health, diet is considered but not before other factors such as stressors in a person’s life, the use of drugs and alcohol and one’s ability to cope amongst others.

Gluten-Free Food has been proven to improve mood and reduce depressive symptoms especially in people suffering from coeliac disease or C.D.(1) C.D. causes toxicity to the body. From this I assume that the greater the food sensitivities or effects on the body, the greater the influence that food can have on mental state. Many people may not have C.D. and only be sensitive to gluten or not at all yet their mood may be affected by their diet. Therefore should people who are depressed always be tested for food sensitivities in particular Gluten? And should people who are depressed be trialed with gluten free recipes ?

Coeliac disease or CD is the extreme of gluten allergy causing an inflammatory response in the body and creating damage to the gut wall. Symptoms such as bloating, vomiting , diarrhea and constipation can occur. This in turn can cause problems with absorption of essential nutrients that sustains ones mood such as Zinc, Trypsin and ‘B’ vitamins. There are also many other further chronic conditions that this can cause the body, too many to mention here. With such symptoms it is of no surprise that these people suffer with depressive symptoms. As many people do who are physically compromised.
Before prescribing medication for any patient, Psychiatrist Dr Greenblatt recommends a comprehensive panel of blood work to rule out hormone or nutritional deficiencies. In this article he discusses the long benefits of testing for food sensitivities and ongoing psychiatric treatment options. He has people over come symptoms of depression by treating their diet.
Having recognised that depression can be caused by diet related to gluten, it seems that it CD must be tested for especially those suffering from stomach problems.

Gluten sensitivity can cause inflammation in the body which in turn can affect the nervous system causing an immune reaction. An inflamed body can not only effect ones mood today , but long term can cause diseases such as alzheimer’s and dementia. Dr David Perlmutter in his book ‘Grain Brain’ identified that gluten containing grains may contribute to this. A body that is inflamed can also lead to other diseases such as arthritis. cancers, rheumatoid arthritis and atherosclerosis. Even small problems with diet can reduce a person’s energy, motivation , cognitive abilities and ability to relax, which are all symptoms of depression. Therefore a person’s diet may well be related to their current mental state. With the current awareness of our diet on issues such as depression it is no wonder that people are starting to look for gluten free recipes and cooking with gluten free ingredients such as almond meal, tapioca flour and coconut and rice flour to name a few.

#3: Is A Gluten Free Diet The Only Potential Solution ?

One only needs to give a 3 year old child some sugary foods to see the effects that some foods can have on some ones mental state. First of all there is an increase in mood, and activity and then a sharp drop in mood and ability to cope with life. Therefore it could be surmised that a diet high in sugars could affect ones mental health.
Studies had suggested that certain carbohydrates can create stomach disorders. These carbohydrates have been labelled fermentable oligo-, di-, mono-saccharides and polyols. (FODMAP ) and are commonly found in the western diet.(4) Since its development, the diet has been found beneficial to people with gastro- intestinal disorders.
A low FODMAP diet was developed in 1999 by Dr Sue Shepherd for sufferers of Irritable bowel syndrome (IBS). (5)
Foods suggested on the low FODMAP diet include vegetables, certain fruits, wheat free grains, protein , dairy and non-dairy alternatives.

#4 What are FODMAP foods

FODMAP foods include a list of oligosaccharides, including fructans and galacto-oligosaccharides, disaccharides, including lactose; monosaccharides, including fructose and polyols, including sorbitol, xylotol, and mannitol.
Types of foods though this list is incomplete includes foods such as wheat, garlic, beetroot, leak, spring onions, chocolate, pulses, and beans, stone fruits and bulk sweeteners like sorbitol. Foods with high fructose and lactose such as dairy products are also on the FODMAP list. For a complete list of these foods here is the link. Therefore a diet which does not include these products may improve dietary issues related to gut health and ultimately mood.
There are many foods you can eat on a fodmap diet. These includes many meats and fish, vegetables such as potatoes, pumpkin and eggplant.

#5 Does A Fodmap Diet Help?

There are many studies to suggest that the FODMAP diet has helped those with IBS .One study suggests that 31% of IBS sufferers have depression. It makes sense that if people are having many problems with bowel habits then this will in fact reduce a person’s mood. Therefore a diet correcting bowel issues can be seen as a way of improving ones mood.

As CD can cause depression then less harsh disease such as gluten sensitivity should also be considered when assessing a person for depression. Foods such as those on the FODMAP list have also been found to be detrimental to the gut function which could ultimately affect a person’s mood. Lowered mood can be very debilitating for a person so all factors should be considered when attempting to improve their mood despite their personal history and psycho-social stressors. Food allergy testing should be considered when finding a solution to depressive symptoms especially with evidence of gastric issues. Another option may be for the patient to consider an alternate diet such as FODMAP or gluten free to see if this improves symptoms and ultimately mood. Such actions can be difficult to instigate by the depressed patient who suffers from a lack of energy, and motivation. To start a gluten free diet changes would require support from family members and/ or a health care worker to plan and make gluten free recipes.