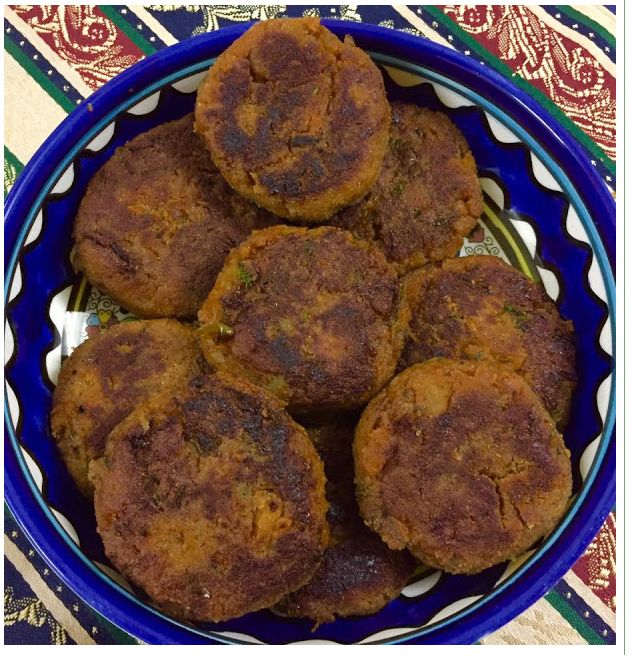 "Cutlet (derived from côtelette, côte, "rib") refers to a thin slice of meat from the leg or ribs of veal, pork, or mutton (also known in various languages as a cotoletta, Kotelett, kotlet or kotleta) a fried breaded cutlet."

Fish cutlet is a kind of fish cut where the fish is sliced perpendicular to the spine, rather than parallel (as with fillets); often synonymous with steak.

In Indian cuisine, a cutlet specifically refers to cooked meat (mutton, beef, fish or chicken) stuffing that is fried with a batter/covering. The meat itself is cooked with spices - onion, cardamom, cloves, cinnamon, coriander (cilantro), green chillies, lemon and salt. This is then dipped in an egg mix and then in breadcrumbs and fried in ghee or vegetable oil.

Separate the tuna from the water or oil ( I used canned Tuna in water) in the can and set aside.

Heat the oil in a pan and then fry the onions till slightly golden.

Add salt after tasting as sometimes the tuna has salt. Turn of the gas.

Allow the mixture to cool slightly.

Dip each one in some beaten egg then in breadcrumbs. Shallow fry on both sides until golden and crispy.

Take a burger bun, place a lettuce leave on it, add tuna cutlet and serve