By canderson
Member since 2019 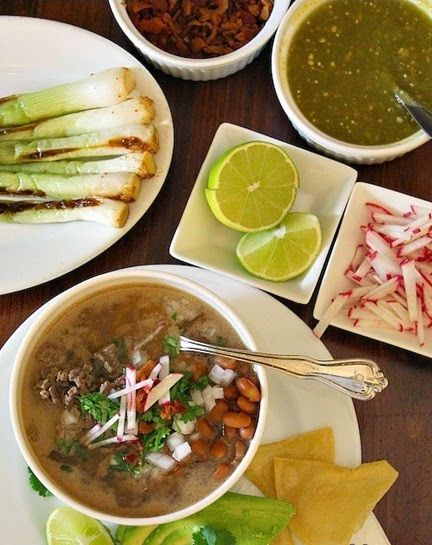 This recipe is from the State of Jalisco, where it is very popular and one of the most famous dishes from that State. Jalisco’s the main city is Guadalajara, the State Capital, also known as the “Pearl of the West” One of the largest cities in Latin American. You might have heard of Jalisco, because of it's birthplace the world famous tequila and mariachi music, both born in Jalisco, the state of which Guadalajara is the capital. But Jalisco is more than just Tequila, moreover, it has an extensive gastronomy. Guadalajara’s historic center is dotted with colonial plazas and landmarks such as the neoclassical Teatro Degollado and a cathedral with twin gold spires.

1. Finely cut the meat into thin slices and then into small cubes. Place the meat in a glass bowl. Mix soy sauce, lime juice, and pepper and add to the meat. Let the meat marinate for a few minutes while you cook the bacon.
2. Fry bacon in a medium-size Dutch oven over medium heat until crisp, about 8 minutes. Transfer bacon with a slotted spoon to a plate lined with paper towel and pour off all but 1 tablespoon fat from pot.
3. Add the meat to the pot and cook at medium heat for about 8 minutes, during this time the meat will release some of its juices.
4. While the meat is cooking, place chopped garlic, onion, cilantro and Serrano pepper into a blender with a cup of the broth and process until well blended. (If you are adding the tomatillos, add them in this step)
5. Pour this mixture over the meat, add the rest of the broth, and taste to season with salt as well as ground pepper. Bring to a boil and then reduce heat to low, place lid to pot and simmer for about 20 minutes or more until meat is tender. This last cooking time will depend on the cut of meat you are using.