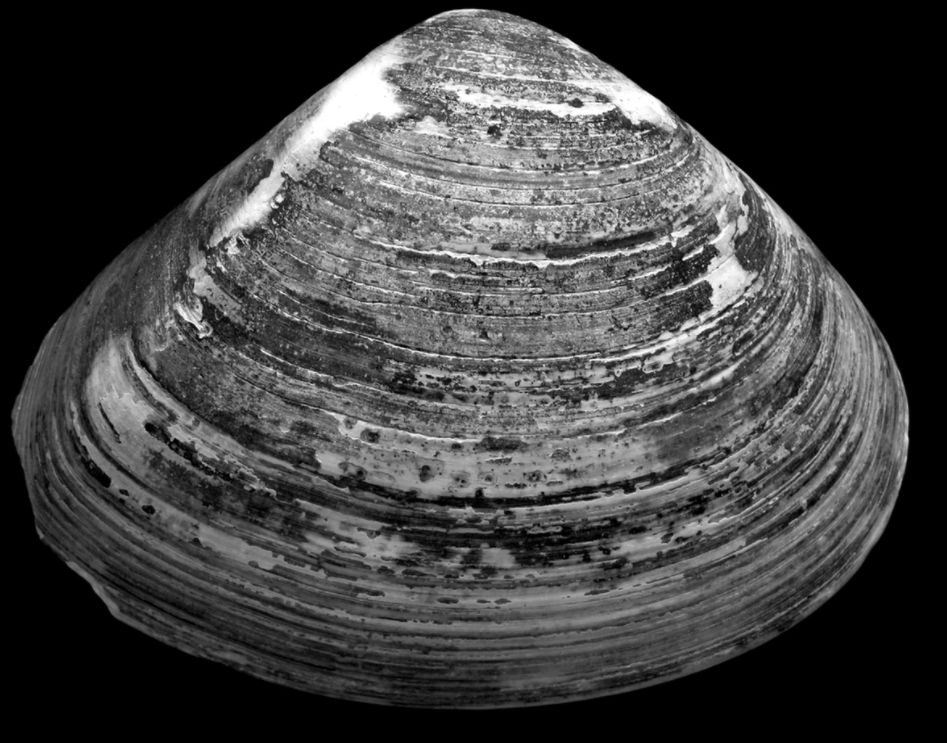 "There's a hundred ways to make Clam chowder, here's one"

The bayfront afforded us the luxury of having wild clam beds in the bays around our home. My son worked in the bay for summer money and we had a plentiful supply of everything from little necks, to big honkin chowder clams that weighed almost a pound each.

IF you are land locked, please try NOT to go with canned clams. Please. Almost any really good seafood store carries mid neck or cherry stone clams. If you can't find big old chowder clams, use the biggest clams you can find, and use more of them. The stuff in the cans, even the "commercial" stuff, is simply...not making it.

There's two major kinds of clams. "Surf" clams and "hard" clams. Most of the commercial soups you buy, or canned clams are indeed surf clams. They're much more tender than hard clams, but they aren't nearly as good. We use them for bait. So, job one is secure your hard clams.

Now for an unexpected twist. Hard clams are "chewy" and that's especially true with monsters. So, here's what you do. Put your clams in a bowl and toss them in the freezer overnight. This does two things. First, the ice crystals will form in the clam, and "bust them up" internally, literally tenderizing them. Second, it will make chopping or grinding them so much easier.

Once your clams are frozen solid, take the clams out of the freezer and let them thaw. They'll be dead, they'll open, and the juice will melt into the bowl

As all that's happening, slice up your bacon. toss your butter and olive oil in a 12 quart pot, over medium low heat. place the bacon ( or salt pork if you're a purist!) in and let it render.

While the bacon's rendering, it's time to chop like mad. Chop your onions, your carrots and your celery into what you consider bite sized pieces. Do NOT do the potatoes yet.

When the bacon's rendered, scoop it out with a slot spoon and dump all your veggies in the pot, minus the garlic.

Cook this down, softening the onions, carrots and celery. We don't want to brown things, but we want them to get really quite soft. This can take 20+ mins.

When they're looking right, toss in your garlic and continue for another few minutes

Stir that around to incorporate with all your yummy veggies.

Hopefully you took the clams out of the freezer soon enough that they've given up all their wonderful clam juice into the bowl. use a sieve and filter out that juice, pouring it right into the veggie pot. There will be sand and grit on your sieve.

Dump in your can of crushed tomatoes, juice and all. Add your bay leaves now and bring this up to a simmer.

We don't put our potatoes in now. Because we want to simmer this for about 40 - 50 mins, they will turn to mush. So what we do is using another pot, bring your potatoes to the boil and when they're done, meaning cooked through but still have some body, quickly dump them in a cold water bath to stop them from cooking. We will literally add them to the veggie pot just minutes ahead of serving the Chowder. Don't over look this step folks, nothing is more boring than mushy potatoes in your chowder.

Chop your now defrosted clams into small pieces, you can grind them if you prefer.

About 2 minutes before serving your chowder, dump in the chopped clams and your potatoes.

Ladle into serving bowls and sprinkle some green onion, or some parsley across the top. Dig in.