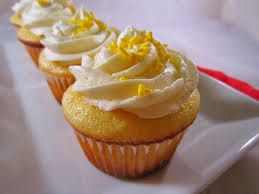 This was one of my first ever recipes i made in college whilst training to be a pastry chef. In actual fact the recipe i learnt from was actually Plain & simple Lemon cupcakes. I thought i would have a change of flavour and turn it into a orange cupcake recipe but with a twist instead of just being your boring everyday cupcake. The finish of the Orange burst cupcake is Butter cream which is combined with both orange juice & orange zest to give it that final boost. I managed to find a recipe with exactly what i wanted it to be made with and now i am just sharing the recipe on. Try it you may just fall in love...

FOR THE ORANGE SYRUP...

2. Using either an electric mixer or a mixing bowl & whisk, beat the butter & golden caster sugar together until pale & fluffy then whisk in the orange extract & orange zest.

3. Reduce the whisk speed and slowly add in the eggs along with a tbsp of the flour to prevent it from curdling.

4. Add the remaining flour to the butter & sugar mix. Using either a piping bag or an ice cream scoop divided the batter between the cupcake cases & place in the oven for 20 minutes or until lightly golden and firm to touch.

5. To make the syrup place the golden caster sugar in a pan with the orange juice. Simmer for a few minutes until dissolved. Then take off the heat and set aside to cool. once cool stir in the orange extract & zest.

6. Leave the cakes to cool on a cooling wire & then add some orange syrup to the top of each one.

7. To ice put the cream cheese, butter, orange extract & golden icing sugar in a mixing bowl and slowly mix together until light & fluffy. Place in a piping bag and decorate accordingly. Top with additional orange zest.