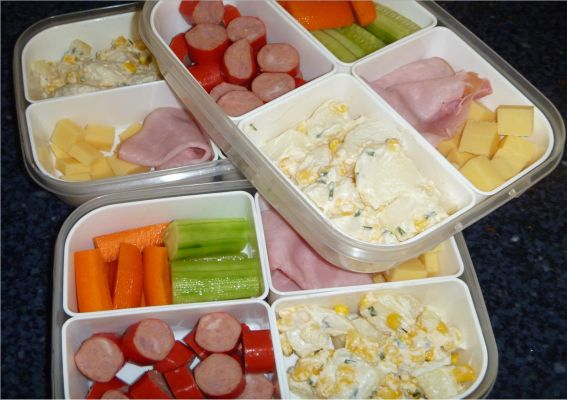 This is more of a lunchbox suggestion than a recipe, however I thought I would include it anyway as it has a tasty selection of foods and you are only limited by your imagination (and what is in the fridge)!

Cut cheese into 1 inch (2.5cm) cubes and divide between 4 containers.

Cut carrots into quarters longways and then into half (making 12 pieces per carrot).

Cut cucumbers into quarters longways and then into half (making 12 pieces per cucumber).

Note: I used potato salad as I had some left over from the previous night's dinner, however you can use whatever you have in the fridge.