By Phong Nha Locals
Member since 2020 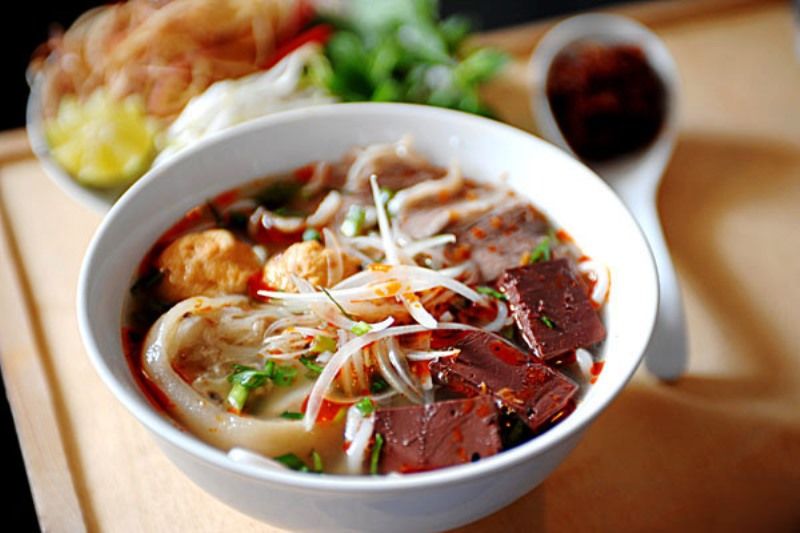 Bun Bo Hue (Hue Noodle Soup or Rice noodle soup with beef) is one of the best specialties in Hue. Hue city as the capital city of the Nguyen Dynasty of Vietnam in 143 years. Foods in Hue were for the emperors and Royal family so it must be the best. Not only tasty but also beautiful decorations.

As you know, Hue Noodle Soup is not only famous in Hue, different parts of Vietnam but also in over the world. Bun Bo Hue means the noodle soup originally from Hue.

To cook the Best Bun Bo Hue, we boil the water in the pot and wait until it’s boiled. After that, we drop chopped pork bones; crusted meat, 2/3 bunch of lemongrass, and salt into the pot.

After removing the foam, turn down the heat to low, simmer until meat is cooked. Moreover, make sure that the meat broth is well cooked.

The pork rolls are cooked first, take out and soak in water. Plus, we add 1/2 teaspoons of pickled salt to prevent the meat from becoming black. Next, the well-cooked meat is picked out and soaked in brine.

Stew the beef tail bone until cooked, take out the lemongrass and then season the sauce through the sieve, add 1 teaspoon of sugar, 2 tablespoons of fish sauce, season to taste.