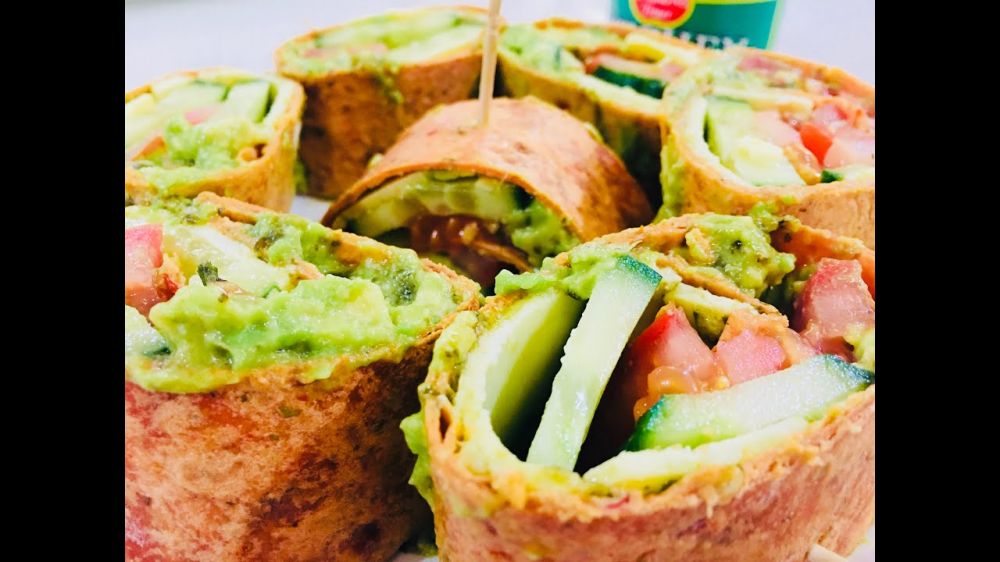 "Easy Pinwheels Recipe for Preparing a Lip-smacking Appetizer at Home"

Here I have uploaded quick, easy, and healthy Italian pinwheels recipe. They are super tasty and perfect for any party. This recipe uses different bases such as cream cheese and pesto sauce on which you can spread healthy vegetables and other ingredients to make delicious pinwheels.

Take cream cheese in a bowl.

Mix well until everything gets combined properly.

Get some tortillas from the supermarket.

Spread the mixture on the tortillas until it’s about to reach the edges. Leave the edges so that it doesn’t seep out.

Layer 3 slices of cheese down the centre of the tortilla.

Now layer the genoa salami slices till it covers the tortillas.

Top them with 10 pepperoni slices.

Now place the lettuce at the centre and roll up tightly.

Cut them into small pieces when you are ready to serve.