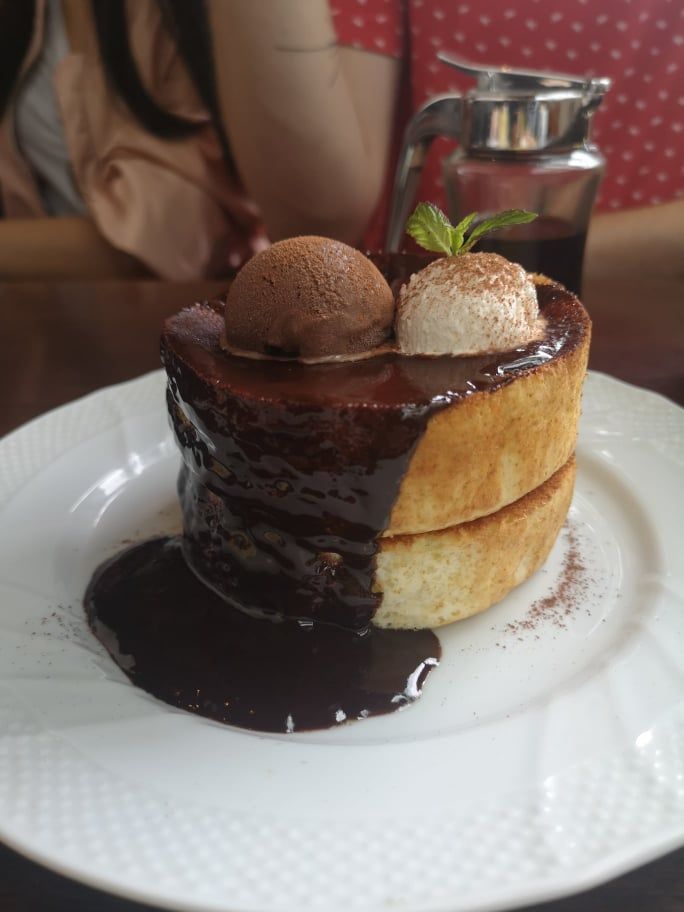 Have you seen those super fluffy cute Japanese pancakes, I mean kawai. Cottony clouds with maple syrup which just melts in your mouth. Those are quite popular on Instagram and it’s impossible not to notice it while you travel in Japan. Those Japanese pancakes look too fancy to cook it during the weekday but perfectly suitable for weekend mornings.

Beat the egg whites and cream of tartar in another bowl with an electric mixer (2 minutes) until stiff peaks form.
Pour the milk mixture into the flour mixture. Also, add about one-third of the beaten egg whites. Then gently pour in the left egg whites and finely combine, but don’t overmix.
Spray the inside of about four special ring molds with cooking spray

Heat a large nonstick skillet pan over medium-low heat. Also, spray some nonstick cooking spray. Put the ring molds in the middle of the pan and fill each with about 1/2 cup of batter (about half of the ring). Cover the pan with the lid and cook it until the batter rises to the top and pancake becomes golden on the bottom (5 minutes). Release the bottom of the Japanese pancakes with a spatula. Take the sides of the molds with tongs to stabilize it and carefully flip your pancake. Cover again and cook until it becomes golden on the other side. Transfer Japanese pancake to a plate and remove the ring mold.

Serve with some butter and maple syrup. Eat immediately because they can deflate.
Repeat the process until you finish the batter.