By pieman
Member since 2008 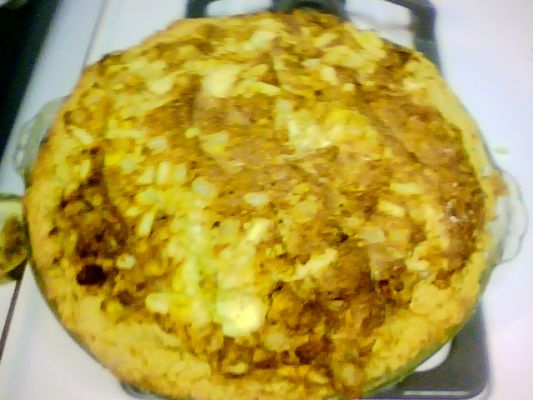 Pirog derives from the Russian word pir, meaning feast. Not suprisingly, the dish is the Russian party food par excellence.

My recipe, here, makes a round meat pie, instead of the traditional rectangle.

ON a floured surface, roll out with a floured rolling pin, the first of the balls, to the a flat circle.

Sprinkle the dough with the crumbs and spread the meat fililng evenly over the crumbs.

Roll out second ball into a flat circle, and place it on top. Seal the edges and brush it with egg wash. Bake for 40 to 45 minutes in the center of rack.

Serve warm or at room temperature, cutting into wedges to be served along side some rice.

pieman
Oh, the lare egg beaten with the milk, is the egg wash, which is for the top crust. Russian food is, basically non exisitent in Califonria, so I pretty much have to make my own, even though I'm an American.