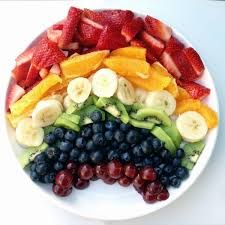 The trick with this soup is to get the proportion of potato-to leek-to liquid right. If you like a thick creamy soup, put more potatoes and just enough liquid to cover. You can also add water or broth as it cooks if it gets too thick for your taste. If you are a vegetarian, you can skip bacon . The soup goes well with a French baguette or grilled cheese sandwich.

Cut off the roots of the leeks . You will need all of the white part and just up to the light green part; discard the bulb and dark green leafy ends.

Cut leeks in half lengthwise and slice them.

Submerge cut leeks in a large bowl of water.

Wash the leeks well, drain in a colander. You might need to repeat for very gritty leeks.

Heat the butter and oil in a large cooking pot over medium-high heat.

When the butter foams, add the leeks and cook; stirring until they begin to soften, 6-7 minutes.

Add the bacon (I use kitchen shears to cut the strips in small pieces) and diced potatoes.

Stir for a minute or two.

Add the broth and water, season with salt and pepper.

Be sure that the potatoes and leeks are covered in just enough liquid. You might need to add more liquid as it cooks.

Cover the pot partially and bring the broth to a gentle boil.

Cook 30-40 minutes or until leeks and potatoes are tender.

Once the leeks and potatoes are tender, use a food processor (in batches) or hand immersion blender right in the pot to puree the soup until smooth.