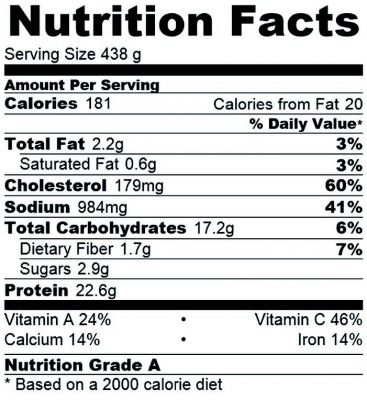 Soak the noodles in a large bowl of hot water until pliable, about 15 minutes.

Meanwhile, in a large saucepan combine the stock with sliced and crushed lemongrass and the garlic. Cover and simmer over low heat for 20 minutes.

Season with salt and pepper and discard the large lemongrass stalks.

Bring a large saucepan of water to a boil. Drain the noodles and cook them in the boiling water until tender, about 2 minutes. Drain well and rinse under cool water.

Add shrimp, snow peas and watercress to the lemongrass broth and cook until the shrimp are pink and the vegetables are crisp-tender, about 2 minutes. Stir in the cilantro, scallions, lime juice and noodles and cook just until heated through.