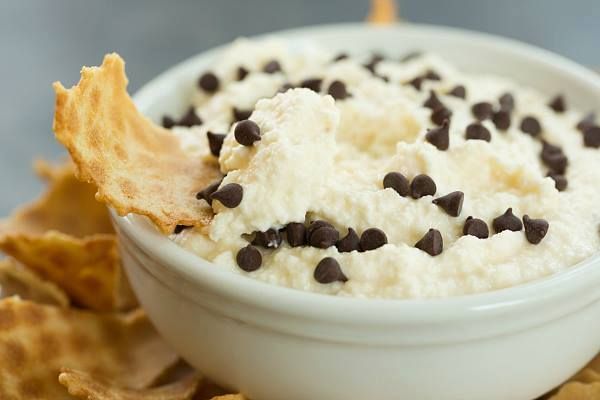 When I was a little girl, my job was to dip the pizzelle iron in the mix & put it in the oil & release it. When it floated to the top I scooped it out of the oil with what looked like a fishing net to me! My Mom would roll it & put it aside until we had a mountain of pizzelles. In the meantime, she had a giant light blue Tupperware bowl full of cannoli that I, every once in a while, would dip my finger in for sustenance during this pizzelle-making process. Then she would grab her trusty Pastry Bag with the wide tip & proceed to fill those pizzelles!!I don't think I've ever seen her make less than 100 cannolis at a time. She had rectangular Tupperware & waxed paper ready; she would make 2-layer tubs of cannoli Heaven. Since she had the receipe was in her head, this is the closest I found to hers...God I miss this Woman!!!! ****HOWEVER THIS RECEIPE IS FOR THE CANNOLI ONLY**** THIS CAN BE USED WITH FRUIT OR AS A DIP WITH PIZZELLES THAT CAN BE STORE BOUGHT (FLAT) *****

Mix all ingredients in large mixing bowl, EXCEPT CHIPS

DO NOT OVERMIX, CREAM WILL TURN INTO BUTTER, LOL!!