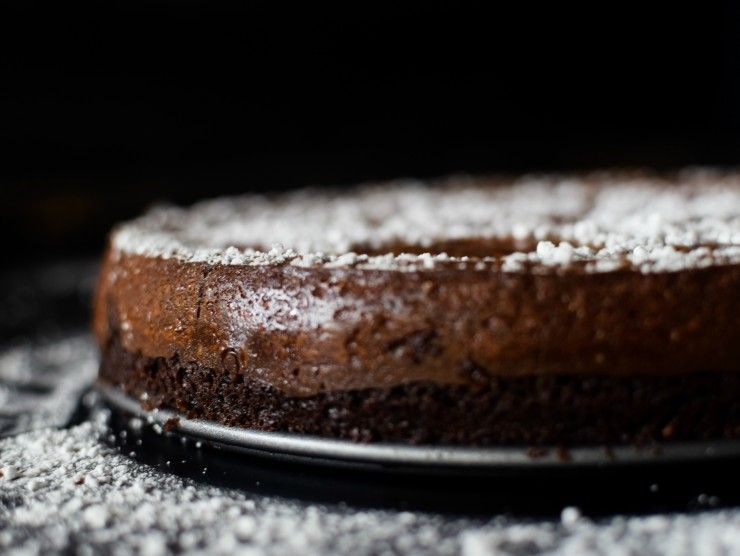 "Nutella, cheesecake and brownies becoming one"

This Nutella Brownie Cheesecake is sinfully decadent, fudgy, velvety, indulgent, dense and uber chocolatey (how many adjectives can you put in one sentence, Tilly?) Even though it's super rich you won't be able to stop at one bite. At least I couldn't, I ate a whole cake in one night and then proceeded to make another the next day. I really wish I was kidding.

In a medium bowl mix the melted butter into the Nutella until well incorporated. Add the eggs, and mix until smooth. Add the brown sugar and mix until light and gooey. In a separate bowl whisk together the flour, cocoa powder and salt. Pour the cocoa-flour mixture over the top of the wet ingredients and stir until incorporated

Pour the mixture into a 9inch springform pan that's been sprayed with a little oil. Give it a little shake to make sure the mixture is evenly distributed. Place in the oven to bake for 25 minutes

Once the brownie base has baked and had time to cool, wrap a 9-inch springform pan in two layers of foil and place a tray of water on the bottom shelf of the oven. Pour the cheesecake mixture over the top of the brownie base and jiggle around to evenly disrupt. Place in the oven to bake for an hour and then turn the heat off and let cool with door open for half an hour before placing in the fridge over night.