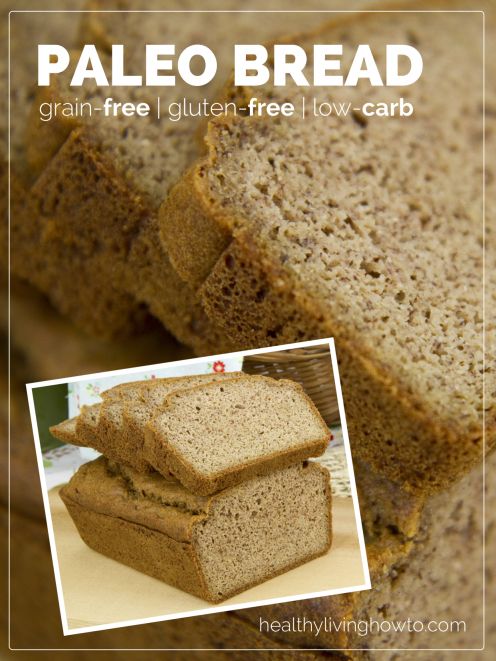 Healthy grain-free gluten-free low-carb alternative to wheat bread. Give this paleo bread recipe a try! You won't be disappointed.

In an electric mixer, whip the egg whites with the vinegar. Whip until peaks form. Set aside.

In a separate bowl, beat the almond butter, egg yolks and almond milk until lighter in color and nicely aerated. Will look like a beige pancake batter.

With a large plastic spatula, remove approximately 1/4 of the egg white mixture and add to the almond mixture. Fold the mixture in, until most of the lumps are gone. Be careful and thorough to scrape the bottoms and evenly fold the mixture.

Take a second 1/4 of the egg white mixture and add to the almond mixture. Again, fold the mixture until the lumps are gone.

Repeat this process 2 more times, until the egg white mixture has been evenly folded into the almond butter mixture.

Gently pour the batter into the loaf pan. Give the pan a small jiggle to smooth the top. Place the pan in the oven.

Bake for 45 to 50 minutes. Like a soufflé, this is somewhat sensitive, so be careful not to bang around or open the oven door and create a big change in temperature within the oven.

Do not open the door for at least the first 35 to 40 minutes.

Once the top is nice and golden and a toothpick comes out clean, remove from the oven and place on a rack.

After about 20 minutes, turn the pan over and carefully remove the loaf from the pan.

Allow to cool, fully, before slicing