By kitchen doughdough
Member since 2009 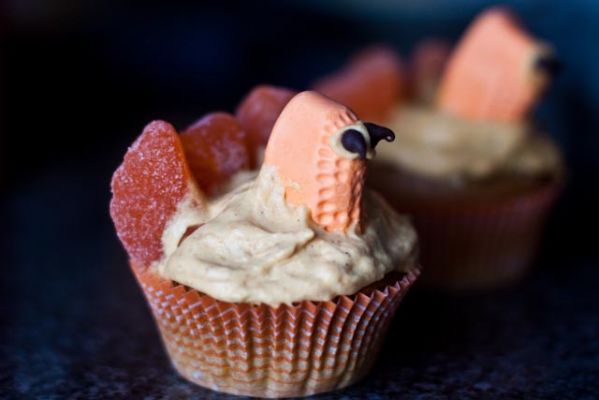 I've had this jar of Libby's pumpkin puree in my cupboard a long time, saving it for the perfect recipe. (Don't worry, it hasn't expired yet!) I decided the perfect recipe for it would include cupcakes. And something that tasted like pumpkin chocolate chip cookies-my favorite! So I planned my recipe and today I discovered a bonus! Libby's is having a contest through Bakespace, and the winner gets a Kitchen-Aid mixer...and gets to choose the color! YES!

So the background is...I've been on a quest to get on the Ellen DeGeneres show. I've made lots of cupcakes in her honor and the show has contacted me twice. One of the things they asked me was if I had a Kitchen-Aid mixer and I told them no, so they asked what color I would pick if I got one. So there has been a joke on my blog that Ellen is going to give me a Kitchen-Aid. It's wishful thinking of course, since I haven't heard anything more from them. I figured I'd take matters into my own hands and enter this contest!

Add everything to a mixing bowl except the chocolate chips.

Stir in the chocolate chips.

Add 1 package vanilla pudding and beat in. (On second thought, you may want to fold it in, but I beated it in, which is probably why it started to look weird. But it comes out yummy, I promise!)