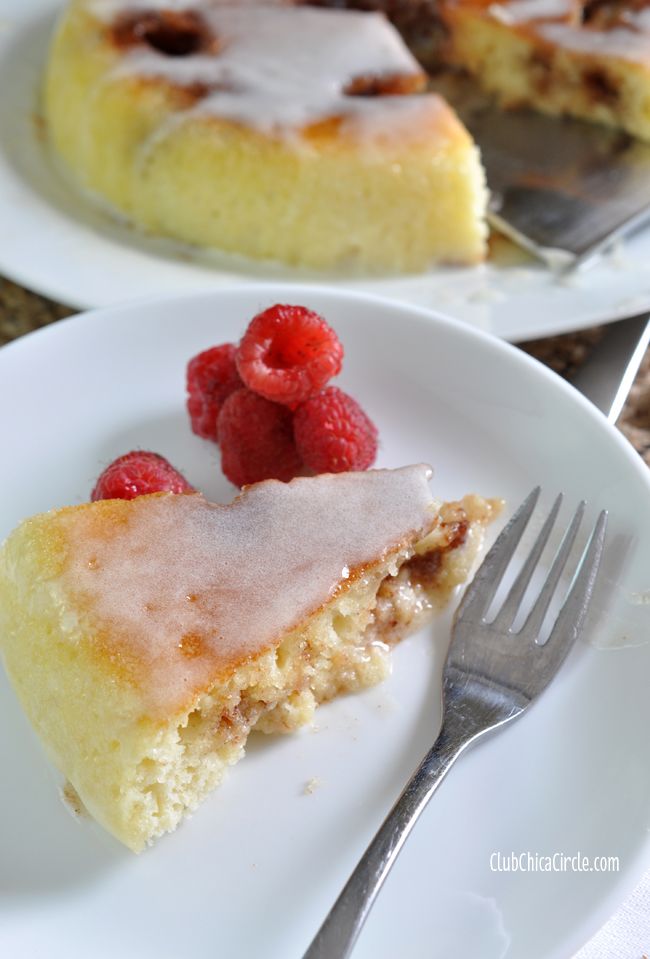 Cinnamon rolls + pancakes. Is there really anything else you need to know?

Either spray nonstick cooking spray or butter the inside of your rice cooker pot.

Mix the pancake mix, water, and egg into a smooth mixture and pour it into the rice cooker.

Dollop cinnamon mixture in spots on top of the pancake mixture and swirl in with a knife.

Turn rice cooker on to a normal cook cycle. It may need extra cook time after the first cycle.

While the pancake is cooking mix all of the glaze ingredients into a microwave-safe dish and heat until the butter melts and the sugar dissolves.

Remove pancake from the rice cooker, pour desired amount of glaze over top, and enjoy while still warm.