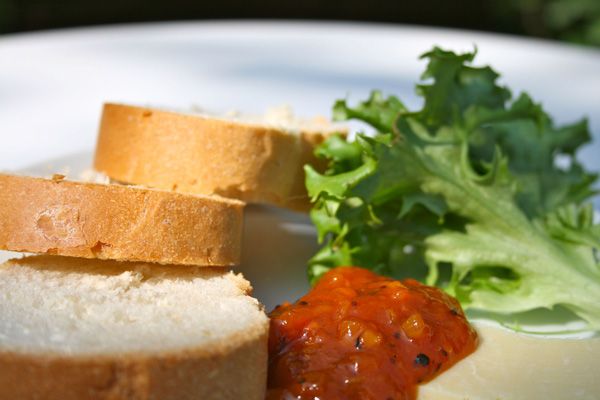 Imported fresh apricots have already arrived in the shops, and home-grown ones won’t be far behind. Make the most of them with this sunset-coloured chutney, with its hit of intense, caramelised flavour from the roast lemons. It’s perfect with a mild, chalky goat’s cheese, with cheddar or even in a ham sandwich.

Preheat the oven to 180°C. Cut off and discard the ends of the lemons.

Slice the remainder quite thickly, remove the pips, and place the slices on a baking sheet lined with non-stick baking parchment.

Drizzle with olive oil and roast until golden – about 25 minutes. Meanwhile, prepare the apricots and place them, together with all the other ingredients except the lemons, in a large pan.

Bring to the boil and simmer gently until reduced and thick – this will take 3–4 hours. Place the cooled lemon slices in a food processor and pulse until roughly chopped, or chop them by hand.

Mix the lemons in with the chutney, season with salt and freshly ground black pepper and bottle in sterilised glass food jars.

The chutney will mature over four to six weeks, and once opened will keep well in the fridge for several weeks.