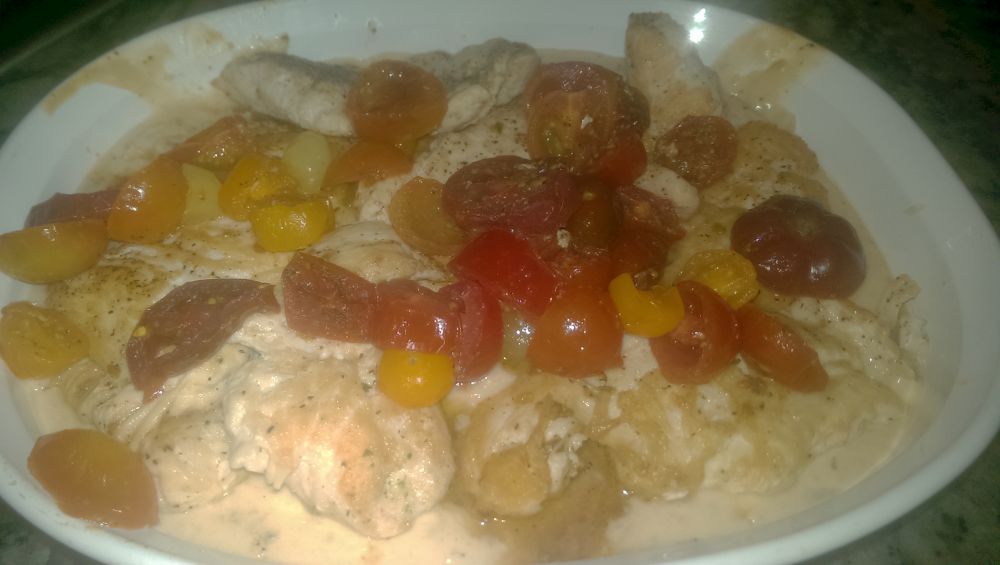 Our family loves baby spinach and heirloom cherry tomatoes, so any recipe containing those ingredients is going to be a hit. And so it is!

Heat oil in a large skillet and saute chicken cutlets, salting and peppering to taste, until lightly browned on both sides. Lower heat and add tomatoes and wine, cooking until tomatoes burst. Add spinach and cook until slightly wilted. Sprinkle with parmesan, cover until cheese melts, then serve immediately.

Very good with rice, pasta, or simply add another package of spinach.