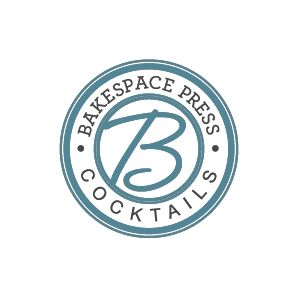 It’s 105 degrees in the shade and I can barely make myself wear clothes, it is so damn hot (but I do — wear the clothes, that is — I’m not into getting arrested).

I’ve written about “Sassy Sangria” in the past — wherein I extoll all of the virtues of a sangria in the heat of the good ol’ summertime. And I’ve alluded to a “friend” who makes something called “Trailer Trash Sangria” — Diet 7-up mixed with any old red table wine — poured over a large glass of ice.

That “friend” was actually yours truly and the reason I didn’t reveal the identity of said “friend” was this: Though everyone drinks the hell out of my “Trailer Trash” mix — everyone, with equal relish, makes great fun of it all night long, especially as that night gets lubed with said TT sangria.

And I am vindicated! A Colorado winery that makes a dozen reds and some whites and a port and on and on had a party a few weekends back. Said winery put out some of those big “Costco-sized” clear refreshment dispensers — the kind that hold a dozen gallons of liquid and have a little spigot on them. I overheard the vintner instruct a co-worker to, “Mix the 7-up with the Sangiovese and put some ice in there and put it out for everyone.”

Holy hand-picked grape! A multiple-generation vintner tells a worker to mix a carbonated soft drink and some red wine and serve?

It may not be traditional, but when it’s 98 degrees in the shade and the thought of drinking anything but ice water seems ludicrous, sangria — made with soda pop or not — hits the spot.

And it turns out that “sangria,” at least in the eyes of those who live in Spain (where it originated) think the drink low-rent as well. One cynical “travel writer” wrote: “To the Spanish, sangria is a party drink and is there for one reason — to get you drunk very cheaply. There is no magical recipe to make perfect sangria. To make real sangria, you take the cheapest red wine you can get, the cheapest spirits in the supermarket (brandy, whiskey, anything will do) and the cheapest fruit that you have lying about — usually apples and oranges and peaches that are too mushy and old to eat. If it tastes gross (which it usually will) add something to take the taste away — sugar and cinnamon usually works.

“Sangria is to the Spanish what punch is to most of the English-speaking world: a great social lubricant at a big house party but something you wouldn’t dream of ordering in a bar. So, bar sangria is aimed almost exclusively at tourists and is charged appropriately — bar owners know foreigners will pay over the odds for sangria as they see it as being ‘Spanish.’”

The trick, it would seem then, to making a great summertime sangria is not so much about having some “sangria secret,” but about using simple red wine, some fruit, and a cavalier attitude. Having made a pitcher or two myself, I’ve learned that just about any dry, fruit wine works: Zinfandel, California Gamay, a dry Beaujolais — or any red table wine, preferably a cheap one.

And for those who find the idea of a soft drink mixed with a cast-off red, a bit too bourgeois, note the time-tested, excellent and “authentic” sangria recipe below.

Prepare the day or evening before serving

Mix wine and simple syrup together.

Add Grand Marnier and squeeze the juice of one orange into the mix.

Slice and add the second orange, the apple and the pear.

Squeeze about two tablespoons of juice from the lemon into the mix and add two slices of the lemon.

Pour into goblets filled with ice, leaving about ¼ of goblet empty.