By Kathy Gori
Member since 2010 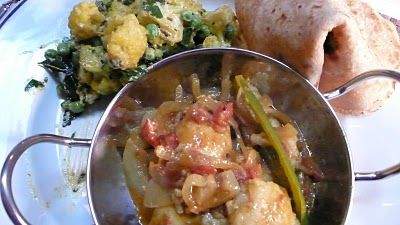 My two Italian grandmothers were amazing cooks, but after them the foodie gene in my family seemed to have skipped a generation. The homemade pasta, gnocchi, gravy and cookies of my childhood gave way to my moms' "personal Chef", some guy named Boy R Dee. Maybe you've heard of him.

Beside all the usual Italian favorites, I also grew up eating fish dinners on Fridays. I use the term fish loosely because the "fish dinners" usually served at our house came frozen solid with a picture of a smiling fisherman on the box. I think it was the guy in the slickers' American cousin. Living in San Francisco there wasn't much excuse for this sort of fish behavior. One of the largest Fisherman's wharves on the west coast with a huge variety of seafood was just blocks away. So, how the heck did that guy in the slicker seem to get in our fridge so often? To be truthful, we also had fresh fish on occasion, but by the time it got to the plate, it looked more like something that would be flung into the air after someone called "pull!." No one ever asked what kind of fish it was.

With that kind of early experience, it took me years to get into cooking fish. I'd had too much finny trauma. Then I started cooking Indian food and began exploring the wonderful fish dishes that the cuisine offered. It was a whole new and delicious world. I was finding my inner Nemo.

The book Prashad has a lot of fish dishes in it, and since I've been reading it lately I decided to harpoon myself some fish.

This recipe is done with pomfret but since we don't have any of that up here in Sonoma, I used basa instead which is a nice mild firm fleshed fish. Since the origins of Basa are in Southeast Asia, I figured it would be a good match for what I was doing which was Fish with Tamarind Curry.

I was able to whip this up pretty quickly for lunch for the two of us using about 3/4 of a pound of fish. To make it for 6 people as the main dish for a meal, you'll need a little more. Start with

I was able to whip this up pretty quickly for lunch for the two of us using about 3/4 of a pound of fish. To make it for 6 people as the main dish for a meal, you'll need a little more. Start with :

When the oil is hot toss in

When the seeds start to pop toss in:

Cook this down until the onion is soft and translucent.

Fry it up for about 2 minutes then add in:

Bring all of this to a boil and then lower the heat and simmer it all for 5 minutes.

Then add the fish to the mixture

Simmer it all again for about 2 to 3 minutes or until the fish is cooked through.

Add salt to taste and then scatter a few curry leaves about the top.

I served it with a cauliflower and pea dish and some nice roti.

There it is. Nothing in a box. Nothing frozen, and no guy in a bright yellow raincoat hanging around the kitchen...unless that's the way you roll.