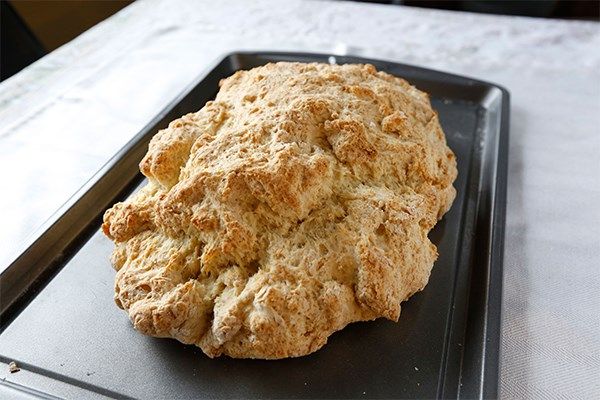 "This simple bannock recipe was shared by an elder of the Nuu-chah-nulth culture."

A history of Bannick courtesy of University of Toronto Food Services

Bannock is a type of fry bread, which originates from Scotland but was eventually adopted by the Indigenous peoples of Canada, particularly the Métis of western Canada. Bannock stems from the Gaelic word bannach, which means “morsel,” a short and sweet but accurate description. The Scottish cooked the bread on a griddle called a Bannock Stone, which they placed on the floor in front of a fire.

The bread was brought to Canada by Scottish explorers and traders, where the Indigenous adopted the recipe over the 18th and 19th centuries, using corn flour or plants rather than the wheat flour of the Europeans. Cooked hearth-side, it was usually prepared as a large biscuit that could be broken up or wrapped around a stick. Since then, regional variants have emerged in Indigenous communities across North America.

It is a simple bread, but quick to make and useful for travelling and while in the wilderness. It’s a source of carbohydrates, and a fulfilling meal, which was a staple for wilderness explorers, trappers, and prospectors. Camping enthusiasts still make it, old-fashioned style, while traipsing around the wild!

1. In large bowl, mix together flour, baking powder, milk and oil. Stir until dough comes together in a ball; do not overmix. Shape into rough oval; place on baking sheet or oven-safe casserole dish.