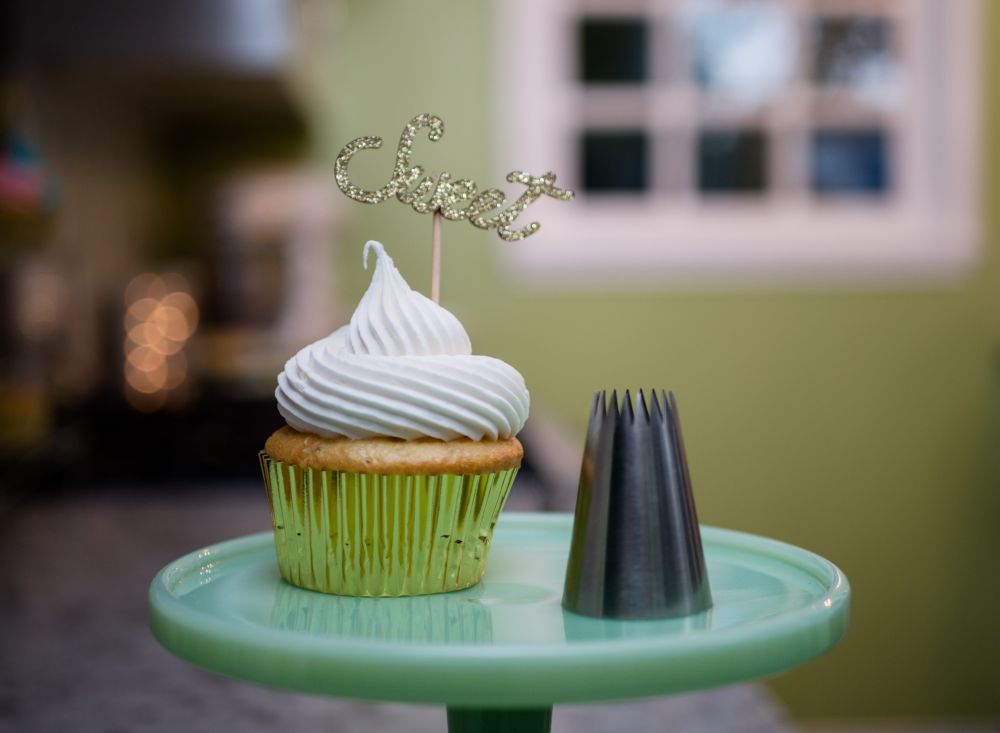 "The recipe will remind you of a very good cornbread recipe - it's not too sweet and full of body. It's simply the best vanilla cupcake recipe ever."

I took a cupcake making class at Butter Lane Cupcakes in NYC. These were some of the best cupcakes that I have ever tasted...and everyone needs a great "go to" vanilla cupcake recipe!

1. Combine butter and sugar in mixing bowl. Mix until the sugar and butter forms a cream.

*We used a KitchenAid stand mixer during the class. Joe said that the settings are pretty consistent on most mixers thought. We started off on setting “2” and then turned it up to “4”.

*It is important to thoroughly scrape the sides and bottoms of the mixing bowl with a spatula add the end of each step.

2. Crack eggs into a separate bowl, add a splash of vanilla extract to the eggs and then add the eggs to the mixing bowl. Mix on medium speed until mixture becomes light and fluffy.

*Some students wanted to know what the measurement equivalent of a “splash” was. Even though the instructor insisted that we should not measure it because there was no right or wrong, he finally relented and said that a splash is approximately a tablespoon.

*Add the eggs one at a time with the mixer on setting “2”. Pause 15 seconds between adding each new egg. After all of the eggs have been added, quickly stir off the sides of the bowl. Increase the speed to “4” and mix for 30 more seconds before scraping the sides and bottom of the mixing bowl.

*You want to be careful not to over-mix so that the batter doesn’t turn into dough. To prevent that, don’t turn the mixer setting past “stir” when using a hand mixer. Also, don’t take more than 2 minutes – 1 ½ minutes is usually fine – to complete this entire portion of the recipe. (In order to help with timeliness, pre-measure your ingredients.)

*Be sure to scrape the sides and bottom of the mixing bowl once everything is combined. Then blend everything for 10 more seconds.

*Use a medium scoop (which is equal to 50 mm/3-tablespoons).

*The trick to scooping is to keep the bottom of the scoop constantly facing up.

*Fold the batter after scooping every 5 to 6 cupcakes. (“Folding” the batter is easy to do, but hard to explain. You basically fold the batter into itself. I know – I’m explaining a phrase by using the word! If you’re still not clear, you can find a better explanation over at cooking.stackexchange.com.)