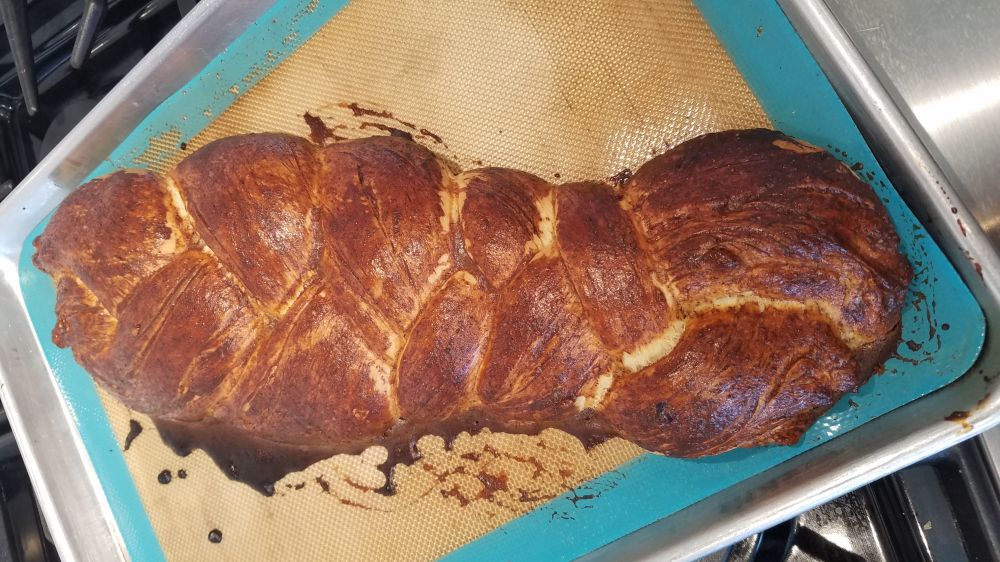 During 1991-1993, I lived in German speaking Switzerland, primarily around Lake Zurich. I learned a few recipes, including this one which is a traditional bread in Switzerland. It is called Zopf, and is pronounced “Zof”.

The recipe is very simple, but I learned it using metrics and not U.S. units. After nearly 28 years, I opened up my recipe book from Switzerland to convert this recipe and share with family. My finished product today was darker than I recall, likely because I chose to use the entire egg (yolk and white) along with cinnamon

Mix ingredients together, knead 10 min. I used a KitchenAid mixer with a dough hook.

Roll each portion out to about 1-1.5 inch thickness, with each rolled out segment the same length.

Braid together the 3 rolled out pieces. Let rise 1 hour. (I used the “Proof” option on the oven, which heats to 100 degrees Fahrenheit)